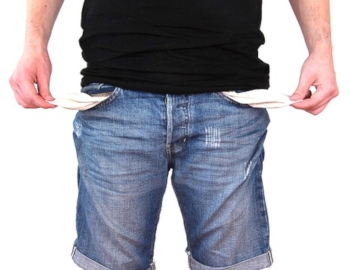 The Telecommunications Industry Ombudsman says it has identified four common selling practices by telecommunications service providers that lead to consumers making financial commitments which they find impossible to keep.

The findings were listed in a report from the TIO which looked at how providers could improve selling practices for post-paid plans they offer to reduce financial over-commitment by consumers.

The first selling practice was by conducting credit assessment checks primarily focused on the commercial risk appetite of the provider and not the customer's ability to pay. This led to insufficient inquiries being made about the customer's financial situation.

Secondly, there were situations where sales staff were not given an adequate role in responsibly selling post-paid plans. Commission-based income and rewards based on sales figures would lead to staff acting to boost their own income at the cost of customers.

A third situation mentioned was that of allowing customers to obtain multiple or additional post-paid plans with relatively low barriers that carried the risk of committing too much financially.

And a fourth way customers were hoodwinked was by allowing sales representatives who were appointed on an account to sign up for additional post-paid plans without the account holder's knowledge.

The TIO recommended the following ways in which situations which led to customers over-committing:

The new safeguards are in a revised version of the enforceable Telecommunications Consumer Protections Industry Code, which was recently submitted to the industry regulator, the Australian Communications and Media Authority, for registration. The TIO has played a role in the revision.

The revised guidelines include:

Stanton was appreciative of feedback provided by the TIO, saying it had worked constructively with providers to address individual consumer circumstances.

“Active engagement by the Ombudsman and responsive action by suppliers are hallmarks of an effective co-regulatory system, which is bearing positive results in the telecommunications sector," he added.

More in this category: « Optus switches on new mobile tower in Napoleon Reef Telstra allows eSIM Windows 10 devices to use mobile plans »
Share News tips for the iTWire Journalists? Your tip will be anonymous