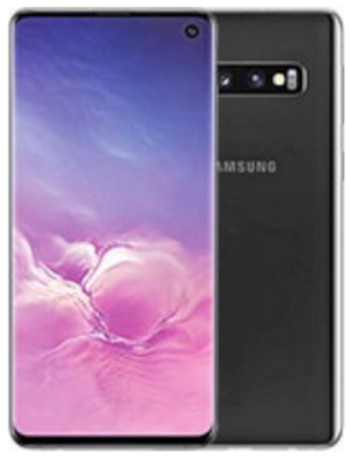 A survey of Australian consumers suggests that Samsung will face a tough time in selling its new Galaxy S10 smartphones, all of which are priced well above $1000.

The survey, conducted by telco comparison service WhistleOut, found that Apple fans were more inclined to pay more than $1000 for smartphone. 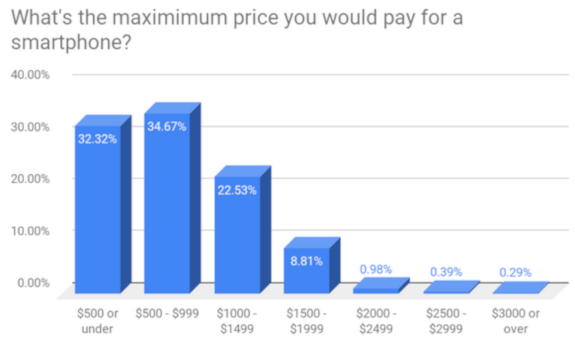 Seventy-four percent of those willing to pay more than $1000 were iPhone users.

Last year, WhistleOut had said the higher prices set for iPhone models could be stifling sales in Australia, with publisher Joseph Hanlon saying at the time the conclusion was based on what he called "share of voice" reports, "some of the market data we share with our telco partners".

A look at how much those surveyed had paid for their last phone again showed that those with iPhones had paid much more than the rest, and significantly more than Samsung users. 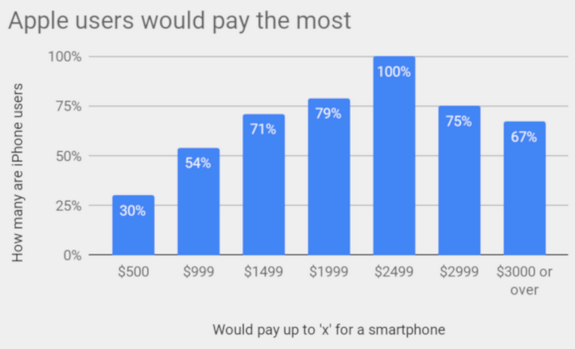 Commenting on the survey results, Hanlon said: “Australia is an iPhone-dominated country. They’re the phones most of us have used, want to use, and many people see them as setting the bar for quality. Australians have also shown they’ll pay top dollar for iPhones.

“The new Samsung Galaxy S10 range is similarly priced to the latest iPhone models, which suggests Samsung is trying to compete head-on with Apple. However, its audience hasn’t yet proven themselves willing to pay a premium for Samsung devices, and judging by the survey results they don’t appear ready to yet either." 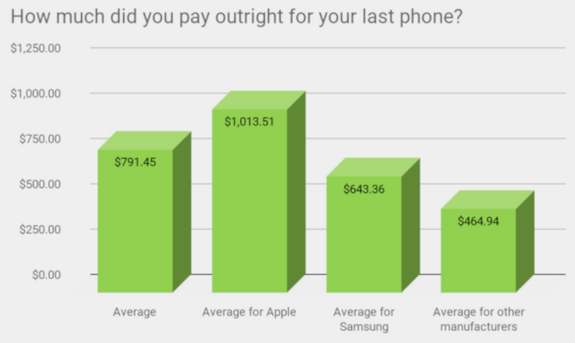 Hanlon said while it was true that not everyone bought their phones outright, with many buying on a plan, but the cost of the handset was always baked into the pricing.

"Consumers have faced significant jumps in phone prices in recent times, and while there’s certainly a proportion of Australians who would pay the asking price for the new Samsung devices, others might think twice before digging that deeply into their pocket, regardless of how good the phones may be," he said.

“Time will tell, but right now only iPhone users seem prepared to pay premium pricing en masse. If the survey data holds out and Australians see $1500 as a critical price threshold for smartphones, then Samsung could have its work cut out selling the new Galaxy S10 range to Australia’s mass market.”