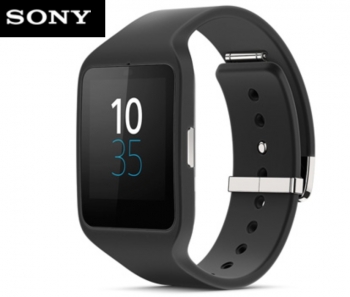 The price for Sony’s square-faced Android Wear smartwatch 3 has been leaked by its own website, rather than any media release, coming in $50 cheaper than LG’s round-faced G Watch R.

The Japanese electronics giant Sony, which has suffered multiple billion dollar losses over the past few years, but which still enjoys enormous success with its PlayStation 4 gaming console line, is set to shortly launch the third version of its ‘wearables’ SmartWatch - but the first to come with Google’s Android Wear.

Originally revealed at Sony’s launch of its Z3 and Z3 Compact Android smartphones, an event I attended, the price and further technical detail of the watch has been revealed here at Sony Australia’s own website, and code-named the SWR50BLK.

Like both of Sony’s Z3 smartphones, the SmartWatch 3 promises IP68 waterproof capability, helping to set Sony apart from competitors like LG with its IP67-rated G Watch R.

A 1.6-inch transflective 320 x 320 touch-screen adorns the front of the way, there’s offline music listening capability with 4GB of storage and has physical tracking capabilities included, being an accelerometer, compass, gyro and GPS built-in.

There doesn’t appear to be a heart-rate monitor or barometer as with the LG G Watch R.

The weight is 45g, as opposed to the 62.3g of LG’s watch, there’s Bluetooth 4.0 and NFC and it charges via MicroUSB, although whether this is directly into the watch or via some kind of cradle is not listed.

Battery life is rated at two days of ‘normal usage’, and it works with any Android device running Android 4.3 or better.

Currently listed as ‘out of stock’ at Sony’s site, it is expected the watch will go on sale at Google Play and many of the larger stores that already sell other brands of Android Wear smartwatch. 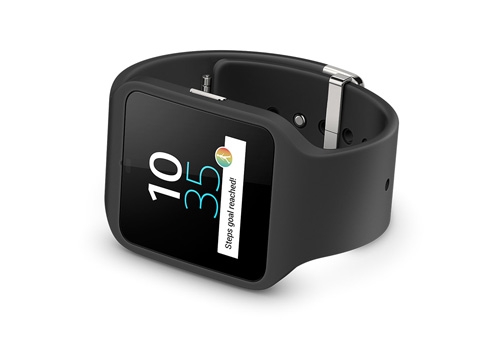 More in this category: « VIDEO: Is Google’s Glass a broken pain for deserting developers? VIDEO: Google’s Bal-LOON-y trial gets QLD Telstra spectrum »
Share News tips for the iTWire Journalists? Your tip will be anonymous