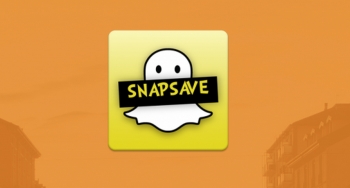 Users of social photo sharing service Snapchat have every right to be snappy, after hackers posted some 200,000 photos online, including nude selfies.

The leak saw some 500MB of images stolen, with the majority of affected users Swedish, Norwegian, and American, and the leak has been traced to third-party site Snapsaved.

Some Snapchat users use Snapsaved.com to sneakily save their images but they have now seemingly become victims to sneaky hackers, who uploaded the leaked photos to 4Chan.

The incident, which is being dubbed 'The Snappening', reportedly involves tens of thousands of teenagers and underage users.

Snapsaved.com admitted in a Facebook post that a recent hack of its systems led to the leak, apologising for the incident.

"Snapchat has not been hacked, and these images do not originate from their database."

The site's creators said they "immediately" deleted their entire database upon discovering the breach, adding that no other personal information was accessed.

Snapchat itself was quick to respond to the breach late last week, confrming its servers were never compromised and users should stay away from third-party apps.

“We can confirm that Snapchat’s servers were never breached and were not the source of these leaks,” a spokeswoman said.

“Snapchatters were allegedly victimised by their use of third-party apps to send and receive Snaps, a practice that we expressly prohibit in our terms of use precisely because they compromise our users’ security.

“We vigilantly monitor the App Store and Google Play for illegal third-party apps and have succeeded in getting many of these removed.”

Snapchat is a free mobile app that allows users to send photos and videos that disappear after they're received, thouugh users can screen-capture the images.

The news comes months after Snapchat apologised earlier this year when hackers published 4.6 million Snapchat user names and phone numbers on a website.

"We did not wish to cause Snapchat or their users any harm, we only wished to provide a unique service."

The hack follows a massive hack attack in September in which photos of nude celebrities were posted to 4Chan. Apple has come under fire as the photos were stolen from iCloud, though it has denied culpability, insisting its servers weren't breached and instead simple passwords were to blame.