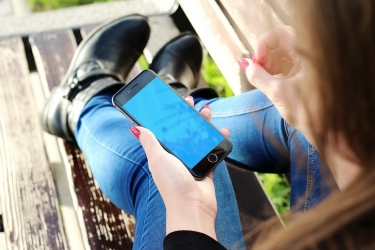 Australian smartphone sales continued to grow with four million handsets sold in the first half of 2021, up by 4% from the 3.8 million sold a year ago as 5G dominates, according to new research from emerging technology analyst firm Telsyte.

The Telsyte Australian Smartphone & Wearable Devices Market Study 2021-2025  found sales were up for Apple and Android. However, Apple eclipsed the market share over Android, continuing a 24-month long trend.

The study showed more than one million 5G iPhone 12 models were sold in the first half, adding to the 5G user base which now stands at over 3.5 million 5G handsets in use.

The top three smartphone vendors for the half were Apple, Samsung, and Oppo. In addition to the main vendors, Telsyte found an increased popularity for Google’s Pixel, Motorola, realme, and Vivo models.

While this was a bumper performance, Telsyte predicts that smartphone sales in the second half of 2021 will face headwinds.

Telsyte forecasts 4.5 million smartphones sold in the second half of 2021 will be down by 1% from a year ago due to global chip shortages and a slowdown in consumer spending.

“Demand for tech products including smartphones has been above trend since the start of the pandemic, and is likely to slow,” emphasises Telsyte managing director Foad Fadaghi.

The demand for higher priced iPhone 12s was the main contributing factor.

This increase in prices is driving consumers to look at lower costs. For example, the study shows 1 in 6 (17%) smartphone users are open to trading in their handset when buying a new one. However, only 5% of consumers have traded-in their previous smartphone, with an average of just over $200 in trade-in value (including any trade-in promotion bonuses) achieved.

Telsyte’s recent consumer survey found almost 1 in 6 (17%) consumers looking to purchase a smartphone in 2021 were interested in a foldable screen, with lower prices, improved durability, and better application optimisation.

Smart wearables pave the way for the ‘metaverse’
According to Telsyte’s research, more than 1.1 million smart wrist wearables (fitness bands and smartwatches) were sold during the first half of 2021, down slightly (1%) from a year ago.

The decline was attributed to a slowdown in the fitness bands (down 12%), which are experiencing a drop following a strong 2020.

Sales of smart wrist wearables were driven by smartwatches with the category increasing sales by 4% year-on-year over the same period, making up around 69% of total wrist wearable sales. Apple remained the clear leader in the smartwatch market, followed by Samsung, Fitbit, and Garmin.

Telsyte estimates that one in three smartwatches sold in the first half were cellular or eSIM-enabled.

This is an increase from one in six just two years ago, indicating an increased appetite for standalone connectivity and number sharing across devices.

Like cellular iPads, many users are opting for LTE enabled smartwatches without activating this feature.

As it stands, connecting wearables to mobile networks is only possible on the main carriers, Telstra, Optus, and Vodafone. However, more than 20% of eSIM supported smartwatch users are with MVNOs (Mobile virtual network operators) which do not yet support number sharing.

Sales of smart hearables (e.g. Apple AirPods) are softening after 2020, which was driven by more work from home and fitness.

Around 1.3 million smart hearables were sold during 1H21, down by 10% from a year ago, however, this was still nearly double the 1H19 volume.

The study found Apple and Samsung remained the top two vendors in the smart hearables market in the first half, with a combined 73% market share.

Despite the growing awareness of virtual reality driven by Facebook’s rebranding as Meta Platforms, virtual reality, and augmented reality headset adoption remains embryonic. Currently less than 10% of the Australian population have adopted any form of this technology.

A further 15% are interested in using AR or VR headsets. This aligns to similar interest levels (1 in 4) in smart glasses, either as a standalone or connected via a smartphone.

This first appeared in the subscription newsletter CommsWire on 16 November 2021.