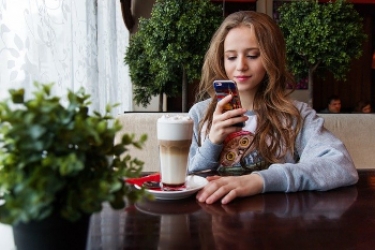 Image by Anastasia Gepp from Pixabay

Smartphone shipments in India, the second largest market after China, grew to 53 million units in the third quarter of 2020, the highest it has reached for a single quarter, the technology analyst firm Counterpoint Research says, adding that this represented a 9% rise year-on-year.

The company said its figures showed that South Korean brand Samsung had recaptured the overall top spot, with a share of 24% of shipments for the first time. Xiaomi, which had been first since the third quarter of 2018, took 23% share, was second overall, but remained the top online brand.

Counterpoint's figures differ from those issued by its competitor Canalys last week; the latter said shipments had grown by 8% to 50 million units and Xiaomi had remained the top brand.

Counterpoint said the growth in 3Q was due to a push by brands, coupled with pent-up demand caused by the lockdown due to the pandemic. Online platforms had seen much better sales as consumers showed a preference in that direction due to the coronavirus.

The company said Apple led the premium segment (>INR 30,000 or about US$400) surpassing OnePlus even before its flagship launch, driven by strong demand for its iPhone SE 2020 and the iPhone 11, adding that the iPhone 12 would further strengthen its position in the coming quarter.

Counterpoint senior research analyst Prachir Singh said: “The Indian smartphone market is on a recovery path as the lockdown restrictions have been relaxed. The market has shown consistent growth for the last few months.

"It saw strong demand during the Independence Day period in August as major online platforms hosted massive sales. September has always been a high sell-in month as brands prepare for the upcoming festive season and push stock in the channels.

"Due to the pandemic, Indian consumers have ended up saving on leisure activities. These savings are now being funnelled into smartphone purchases. Additionally, smartphones have become an integral part of consumers’ lifestyle in this changing environment.”

Another Counterpoint staffer, research analyst Shilpi Jain, commented on the competitive landscape and brand strategies, saying, "During the start of the quarter, we witnessed some anti-China consumer sentiments impacting sales of brands originating from China. However, these sentiments have subsided as consumers are weighing in different parameters during the purchase as well.

"The brands have been quite aggressive as they started building up inventory much ahead of the festive season. Focus on online channels has been increasing due to the COVID-19 situation. Even the offline-centric brands like vivo, OPPO and Itel are increasing their online presence due to the changing consumer behaviour.

"Though online channels remain in focus, OEMs are also trying to leverage new opportunities in offline channels in Tier 2 and Tier 3 cities. In this regard, Xiaomi launched ‘Mi store on Wheels’, Samsung launched Galaxy M01 Core and vivo announced more retail discounts. Additionally, the brands are focusing on affordability by announcing cash-back [offers], promotions and offers on devices.

“On the manufacturing front, the Indian Government is focusing on increasing the local value addition. Mobile handset production is likely to increase as schemes like Production-Linked Incentive start to impact the overall electronic manufacturing ecosystem. Indian brands like Micromax and Lava are expected to leverage the government’s ‘Atma-Nirbhar Bharat’ initiative and plan their comeback.”