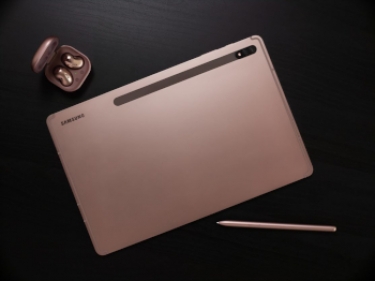 All the devices were shown off at the Samsung Unpacked event held online for a global audience at midnight AEDT.

The smartphones will continue to have the Samsung UI, with the new deal between Google and Samsung, under which the South Korean firm will adopt Google's UI, not yet ready for prime time.

Somewhat strangely, Samsung provided the least information about the most awaited of its new products: the foldable phone, the Galaxy Z Fold 2, saying that full details would be provided on 1 September when the device would be available for purchase.

Of this, Samsung said in a note sent to journalists which only mentioned the products apart from the foldable phone: "Additionally, there is a fifth product that will be mentioned at Unpacked, as you’ll see in the press release. Please note the information on this product in the press release is very limited and all that is currently available. We do anticipate another version of this press release to come through and we will share with you."

All the devices, apart from the Galaxy Z Fold 2, will be mostly available for sale globally from 6 August (Thursday) onwards, which in itself is quite an achievement given the fractured state of the product supply chain.

The new tablets, the Tab7 and Tab7+, were somewhat under-exposed at the launch, with the media materials provided only providing the one image shown here.

Samsung's foldable smartphone was first launched last year, the first device to emerge from any company with this form factor. But it came a cropper, with the initial release to media leading to the revelation that the device had some issues which surfaced after it was provided to select media outlets in the US in April. 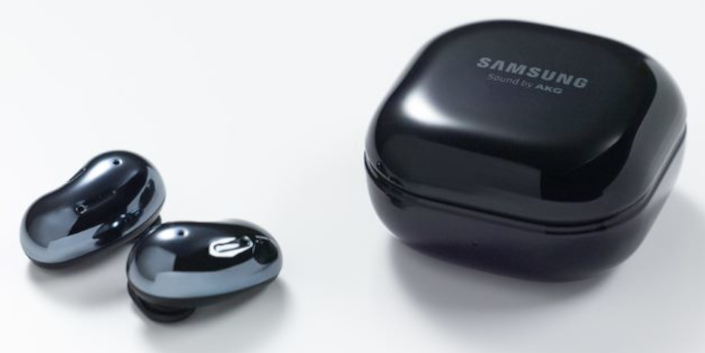 Early in July, Samsung chief executive D.J. Koh admitted he was to blame for the debacle, telling a media group in Seoul that he had pushed the project through. Towards the end of July, the company said it had sorted out the issues and then released it in September.

The Galaxy Z Fold 2 is built on a Qyualcomm 865 Plus, the latest silicon from Qualcomm, has an outer Super AMOLED display of 6.23" and and inner display that is 7.6" FHD+ Dynamic AMOLED 2X.

The foldable device has 12Gb of LPDDR5 memory and 256Gb of storage space. Other specs leaked by XDA can be seen here. 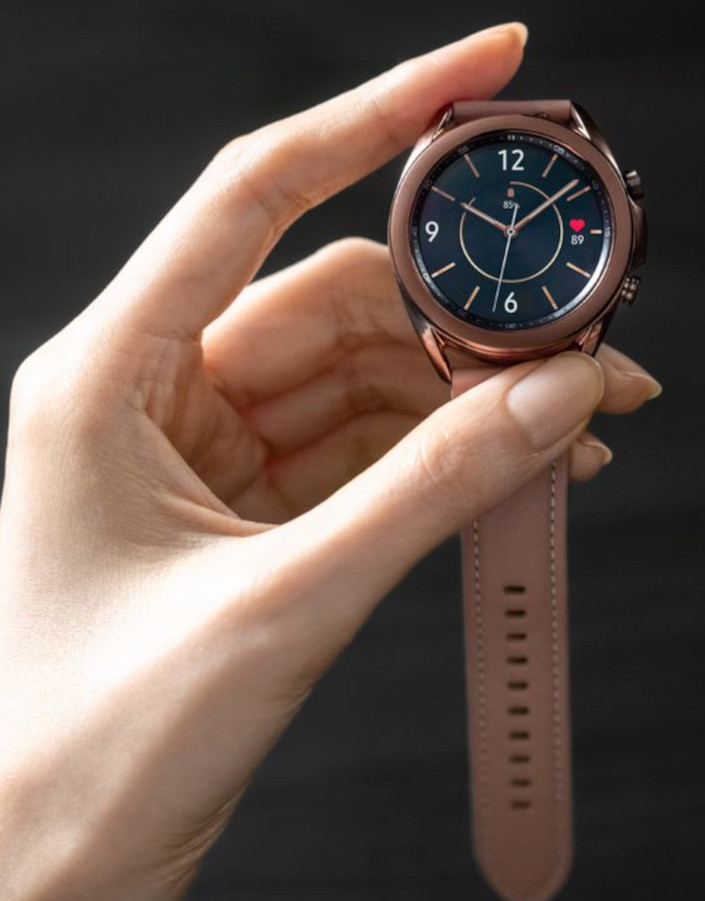 The new buds, named Galaxy Buds Live, have a design that has not been seen before; they are just like bean seeds and are claimed to fit into the ear with nothing protruding out. Samsung claims they can be worn the whole day without experiencing any discomfort.

They will come in three colours: Mystic Bronze, Mystic White, and Mystic Black. 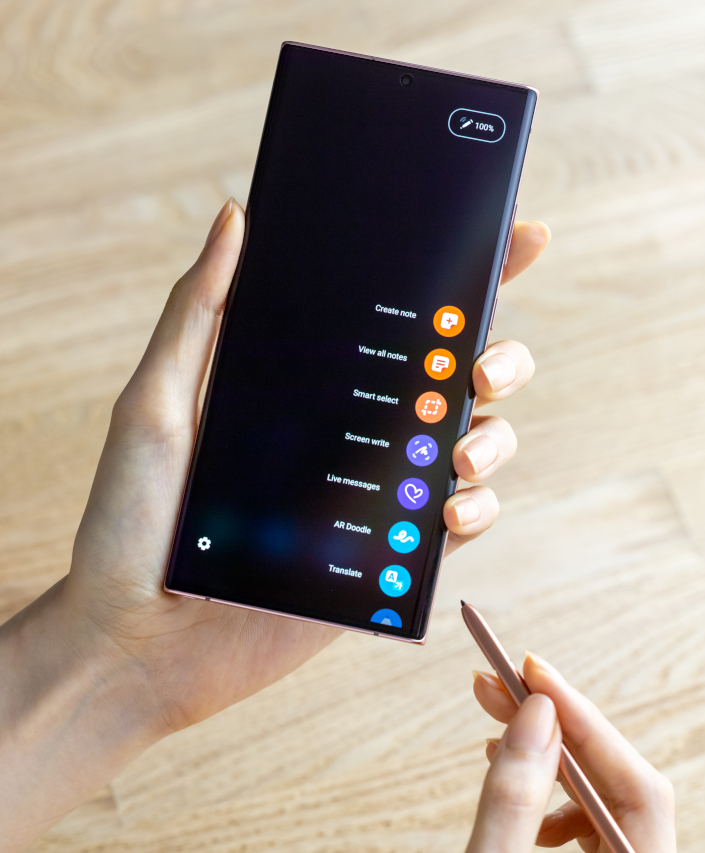 Among the other products launched on Wednesday were two smartphones in the Note series (Galaxy Note20 and Galaxy Note20 Ultra) and two tablets (Tab S7 and S7+). The phones will have either the Snapdragon 865+ or the Samsung Exynos 990 SoC, depending on the country where they are sold.

“Never before have we relied on technology like we are today. It’s how we are staying connected as we navigate the extraordinary challenges faced around the world," said Dr T.M. Roh, president and head of Mobile Communications Business, Samsung Electronics.

"Technology must make life easier, not more complex. That’s why we have introduced five new power devices. Alone, these devices are powerful tools to help you maximise work and play. Together, as part of the Galaxy ecosystem, they work together seamlessly so you can spend your time focused on what matters most.”

The new Galaxy Note devices are claimed to have an advanced S pen that will be much faster in rendering its output to screen.

Samsung's relationship with Microsoft has enabled the provision of Xbox games on the Note20 series.

The Galaxy Note20 Ultra will have a Dynamic AMOLED 2X display and a 120Hz refresh rate. It will have an all-day intelligent battery and SuperFast Charging capabilities, with more than 50% charge achievable in 30 minutes. 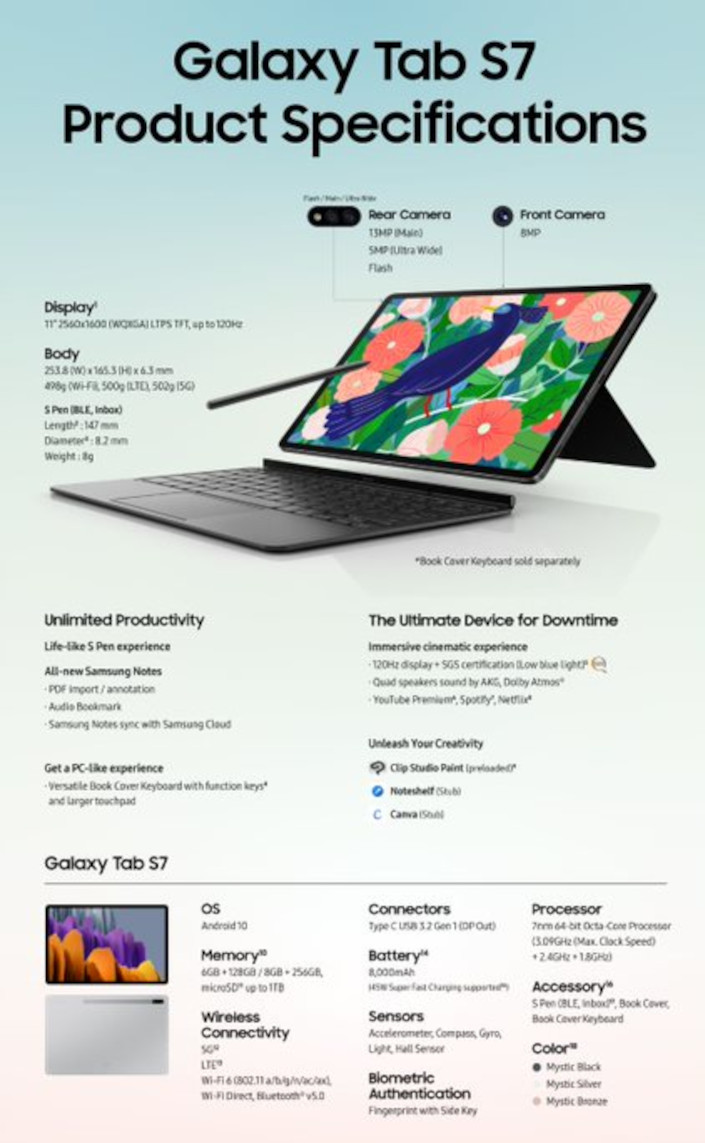