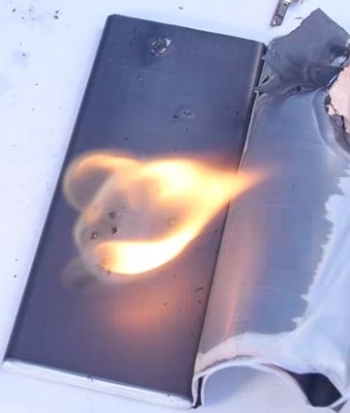 COMMENT Samsung has issued a recall for the Galaxy Note7 – some 2.5 million units (over 50,000 in Australia) have been shipped and that is not to mention the unknown quality in transit for later release in other markets.

According to pundits, the recall will cost the company more than US$1 billion, and Samsung says it is worth every cent. That is because Samsung took positive and fast action, acknowledging the fault and issuing a recall. Samsung could only say that the while the cost may be significant it was nothing compared to the safety of the users.

Samsung have been on top of the Android world, and its Galaxy S7 series (not affected) and new Note7 are innovative flagships kicking substantial goals. It did not take long however for critics and naysayers to start bagging it, nor for some opportunistic, attention hungry, users to start faking “explosions” or attempting to launch class actions to extort more recompense from Samsung.

The opportunistic however are blowing [unfortunate pun intended] this incident well out of proportion. One claimed a Note7 badly burnt a boy in New York. It was not a Note7 at all but a low-cost, two-year-old Samsung Duos with a removable 2000mAh battery. Another claimed it blew up and burnt his vehicle to the ground – could be a nice way to get rid of a troublesome Jeep! Another is alleged to have taken a blowtorch to the Note7 and burnt down the home.

The bottom line is that Samsung is now aware of 92 incidents globally many of which are hysteria led (35 resulted in overheating or fire). Samsung says that after suitable, and “benefit of the doubt” style investigation, it will gladly reimburse users for any consequential property damage.

Please note that the US recall notice has different figures stating Samsung has received 92 reports of the batteries overheating in the US, including 26 reports of burns and 55 reports of property damage, including fires in cars and a garage.

But what is the real bottom line?

The cost of the recall is conservatively estimated at US$1 billion. The unnamed battery supplier will likely bear at least the component cost (probably less than US$10 each – say $25-30 million)

What to do with 2.5-3 million used phones? Samsung can scrap them or refurbish them. It is unlikely that these will be scrapped and we will probably see a properly identified refurbished version resold in more price sensitive markets.

How did it happen?

"The defect was revealed when several contributing factors happened simultaneously, which included sub-optimised assembly process that created variations of tension and exposed electrodes due to insufficient insulation tape,” says Samsung.

Real, proven cases currently represent less than .001666%. It strongly appears to be linked to fast charging for some damaged batteries from an unnamed supplier. It does not apply to ordinary or wireless charging. Incidentally, the evidence of damage is easily verified as being caused by a battery or other “means” as you will see in the embedded video at the end of the article.

The Sydney Morning Herald sensationally reported, "The potential damage to reputation is far greater than short-term financial losses," said Chang Sea Jin, a professor at the National University of Singapore.

What the SMH did not say is that is a textbook, crisis management response and does not specifically relate to the Samsung Note7 issue. And why did an Australian newspaper have to go to Singapore to get a comment? Because no self-respecting, Australian, professional crisis manager would have made such a statement.

I am a 40-year veteran PR and marketing person (I founded and ran a significant communications agency in Queensland and am a former Fellow and CEO of the Public Relations Institute). I can confidently say that while this is an unfortunate incident Samsung’s leadership, quick thinking, and mea culpa will not affect the overall adoption of its Android phones nor the Note7.

Perhaps the biggest issue is the loss of time advantage over the iPhone 7. But as the Note 7 has an S Pen stylus, amazing AMOLED screen, and runs Android I don’t think it was ever going to take sales from the iPhone.

Critics also point to the fact Samsung should have found this in product testing before release. Samsung builds in amazing checks and balances both during development and post production – it has one of the highest destructive test sampling rates of any smartphone maker.

In the end, Samsung will reinforce its reputation for trust – it learned that over the washing machine debacle, and you will note that it is not offering a repair but a new phone or a refund. Samsung still estimates that the Note 7 will sell some 50 million units, and that is no mean feat.

How to tell if the unit is faulty?

Samsung has said it will push through a firmware update that will stop the fast charge at 60% battery capacity. There are strong rumours (not confirmed) that with the co-operation of telcos it will also likely soon disable the IMEI to render remaining phones useless. That is logical.

The new device will have a distinctive marking - a blue “S” and a small black square on the box. It is not clear if the unit will have the same marking but its IMEI will be traceable via the Samsung site. 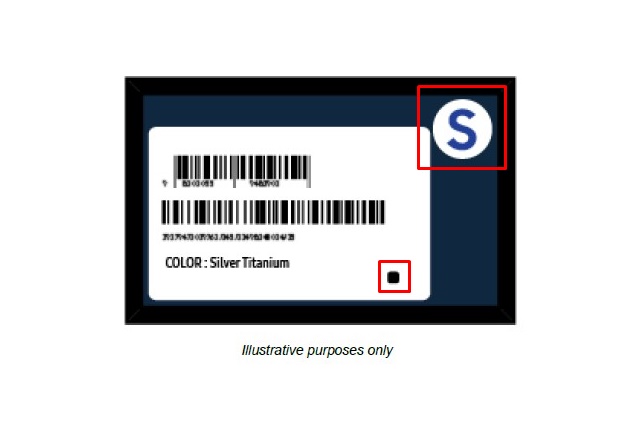 Samsung has also set up Exchange stations such as the one that opened in Singapore yesterday where users can gain assistance in transferring data to the new phones. They also receive a goodie bag with food and water, as well as a letter of apology from Samsung, a $30 CapitaLand Mall voucher and a screen protector. They can keep the accessories from the old device such as the charger and stylus.

Sales consultant Evelyn Ong, 23, said: "Samsung is making an effort to make it up to its customers, and I do appreciate it. We shouldn't be too picky as the recall is also a huge task for them."

What’s so good about the Note7?

I used the phone from 9 August and did a preliminary review on 16 August where I stated, “It has the crown as the best Android smartphone with or without an S Pen – but that is the primary reason to buy.”

I look forward to a replacement as I missed the S Pen, it’s incredibly large screen, and camera during my recent international travels.

If you own one and have not had any communication from Samsung, please go to its Australian site here.

My old friend Chris Griffith, a highly respected technology reporter at the Australian, has more on the matter including some exclusive statements from Samsung.

Jerry Rig has an interesting video that explores the reasons why it may happen.

More in this category: « iPhone 7, Plus and Apple Watch 2 teardowns Half of smartphone users don’t download any apps »
Share News tips for the iTWire Journalists? Your tip will be anonymous