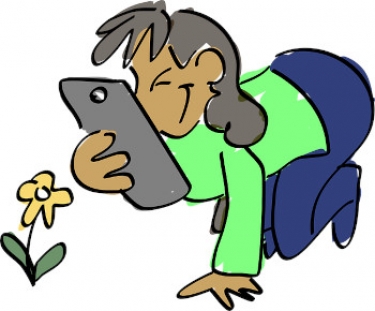 The exit of South Korean smartphone maker LG from the industry on 31 July will benefit at least four other players, the technology analyst firm Counterpoint Research says.

Research analyst Dongkeun Yi said LG's exit would leave a vacuum in the US, South American and South Korean markets and the brands likely to fill it were Samsung, HMD, Xiaomi and Motorola.

"LG’s decision to shut its 26-year-old mobile phone business leaves a market share of under 2% to be filled at the global level," he wrote. "The business has been declining since its peak in the 2009-2010 feature phone era."

He said over the years, LG had shrunk its focus to just a few markets ؘ– North America, Latin America and South Korea.

"These are mostly carrier-driven markets. Working with carriers had been LG’s biggest strength, and not marketing and selling phones in the open market with multi-layer distribution," Dongkeun said. "LG lacked the vision, intensity and scale to take the latter route, where Samsung has been so successful.

"With North America and Latin America accounting for more than 80% of its sales volume, LG was heavily reliant on its major target regions. However, here too, the company was witnessing a continuous decline in its market share." 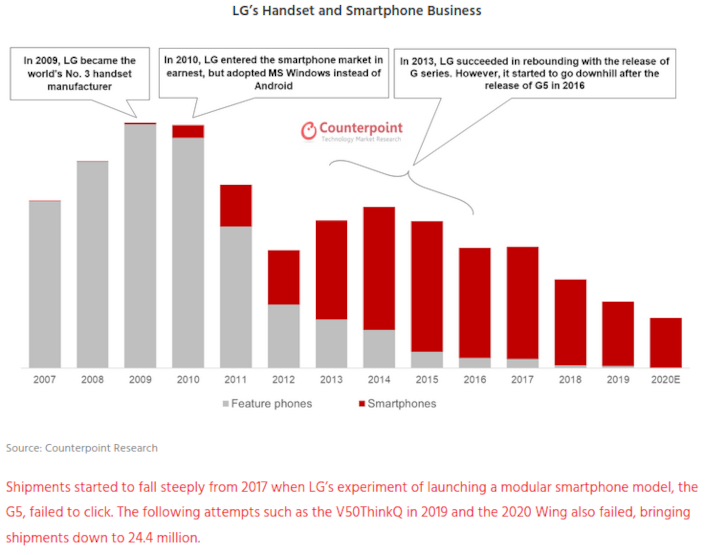 As to what was likely to transpire next, he said in markets like the US, where LG was the third largest brand with 9% share, Samsung would be doubling down with its affordable A series to capture LG’s pre-paid share.

"Motorola, HMD, Alcatel, ZTE and Vinsmart could be the ones in line to capture the rest. In Latin America, Motorola and Xiaomi will fill the gap. In South Korea, it would be Samsung and entry of some Chinese vendors like Xiaomi as carriers look to diversify," Dongkeun said.

"We have high expectations, especially of Xiaomi, since it is planning to re-enter the South Korean market in 2021 and reach out to the global market with its new Mi11 Pro and Mi11 Ultra flagship models and aggressive marketing strategies."

Dongkeun said LG was likely to start licensing its intellectual property of which it possessed a ton.

"LG has announced that 'advanced mobile technologies such as 6G, camera and software will be key competencies in developing TVs, home appliances, automotive electronics and robots'," he said.

"The company added that it would focus on securing 6G technology, which is expected to be standardised in 2025 and commercialised by 2029.

"We believe LG will pivot to developing more innovation across components and lifestyle offerings. ...we expect to see LG to take this as an opportunity to invest in the next wave of technology."

More in this category: « NZ Commerce Commission completes consumer mobile phone bills review Aussies spend almost 17 years in a ‘lifetime’ on their mobiles »
Share News tips for the iTWire Journalists? Your tip will be anonymous