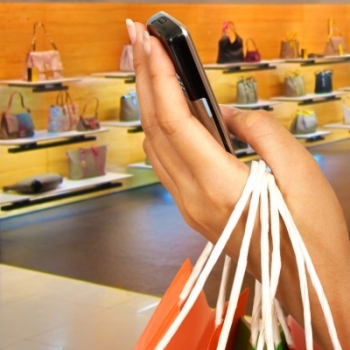 Australians are increasingly using their smartphones to help them with their shopping, but according to a new research report retailers are unprepared for handling this shifting consumer behaviour.

A study conducted by Frost & Sullivan and sponsored by ERP software vendor NetSuite and the Australian Retailers Association (ARA) reveals that 52% of smartphone users are now using their devices to assist them at some stage of the shopping process, up by 38% from a study conducted in 2012.

Despite the increased use of smartphones by Aussie consumers, and the fact that 65% of the population own a smartphone, the study reveals that less than 30% of retailers currently offer a smartphone-accessible website and only 21% have developed a mobile app for customers.

The study of 120 ARA members - focusing on smaller retailers with less than 50 outlets - was carried out last month to understand how retailers are adapting to the growing use of mobile devices as an integral part of the shopping process.

But, according to the study, while most retailers recognise the importance of developing a mobile strategy, many say they still face major barriers in doing so, particularly the cost and complexity of linking new systems designed to support mobility with existing in-store business systems.

"The rapid growth in ownership and usage of smartphones is revolutionising the way that Australian consumers shop," said Mark Dougan, Frost & Sullivan managing director for Australia and New Zealand.

"The ability to access the Internet whilst on the move has transformed many aspects of consumer behaviour. Consumers are increasingly using their smartphones for shopping to research, compare, share, purchase and pay for merchandise.”

According to the study, smartphones are not being used by Australians purely as a device to make an online purchase, but are an “essential element of an omnichannel shopping experience that still often involves the use of a physical store.”

To support this new generation of so-called omnichannel shoppers, Frost & Sullivan recommends that Australian retailers provide features and services to meet their customers’ mobile needs. And, according to the study, the features that consumers place value on include free WiFi (68%), stock level information (58%), directions to relevant departments (57%), customer reviews (50%), product information (48%) and being able to purchase using their smartphone (43%).

Dougan says smartphones can also be used instead of contactless cards at the point-of-sale (POS) for in-store payments using near field communication (NFC) technology, although he points out that currently, only 6% of retailers in the study offer contactless terminals, although almost 20% plan to do so over the next 12 months.

As the technology becomes more widely available, Dougan says Frost & Sullivan anticipates the take-up of smartphone-based payments will continue to rise as Australian consumers become increasingly confident in using their smartphones as mobile wallets. This is despite the fact that currently, only 4% of smartphone users in the study have made a contactless POS payment using their phones, although 30% say they are likely to do so once the technology becomes available.

“Australia’s consumers are demanding that retailers provide services and features to support them in their omnichannel shopping process,” Dougan says.

“Those retailers who fail to respond to the new era of mobility in shopping face being isolated and left behind as the behaviours of their customers change.”

The Frost & Sullivan study does reveal that while Australian retailers are already making good headway in building their online capabilities - with over 50% now having a website and more than 30% offering online purchasing capabilities - many are still behind when it comes to customising their online offering for mobile devices.

According to the study, less than 30% of respondents currently offer a mobile-optimised website and only 21% have developed a mobile app for customers, and those stores that do provide mobile apps predominantly use them to provide information to customers on their nearest store, opening hours and similar information.

And, the retailers that do provide mobile apps are generally providing them as part of an omnichannel strategy (i.e. the apps enable purchasing), according to Frost & Sullivan, although a third of retailers still primarily regard the mobile app as a way to stimulate traffic into physical stores. Many small retailers, however, are still failing to provide the in-store facilities that encourage use of mobile devices by their consumers, while only 9% offer free in-store Wi-Fi and only 22% currently have Quick Response (QR) codes in their stores.

The study also indicates that use of mobile devices is not only limited to consumers, with some retailers now equipping their store staff with tablets to allow improved in-store service, such as sharing product information with customers, assisting with local inventory availability, and even facilitating online purchases from within the store.

Only 7% of respondents, however, currently provide their sales staff with tablets, and Frost & Sullivan says they are missing out on a major opportunity to enhance in-store service levels and improve customer satisfaction.

Whilst most retailers recognise the importance of developing a mobility strategy, according to Frost & Sullivan, major challenges faced by retailers include hardware costs (e.g. investing in tablets for sales staff), a lack of internal resources to develop an app or mobile site, as well as the cost and complexity of linking new systems designed to support a mobility strategy with existing in-store business systems.

In addition, over 50% of respondents to the study believe that the software systems that they are using could be improved to allow them to better manage their in-store operations.

“Adding new front-end channels, such as an app or mobile site, only increases the complexity.”

Dougan says Frost & Sullivan believes that the latest generation of cloud-based retail software can support retailers in providing mobility solutions both to customers and staff, without the integration complexities and costs that are involved in integrating mobile services with existing business systems. The research firm says this type of software allows retailers to “quickly and easily rollout mobility solutions.”

“For years, many merchants have skated by with stripped-down mobile sites and an unsatisfying ‘View Full Site’ escape hatch for advanced tasks,” said Mark Troselj, managing director of APAC and Japan for NetSuite.

“This must end in 2014. Mobile buyers won’t tolerate a watered-down experience any longer. It’s time to offer the mobile shopper the complete customer experience, from wish list management to returns,” Troselj concludes.

More in this category: « OwnFone puts custom braille buttons on mobiles Windows 9 – one for all devices »
Share News tips for the iTWire Journalists? Your tip will be anonymous