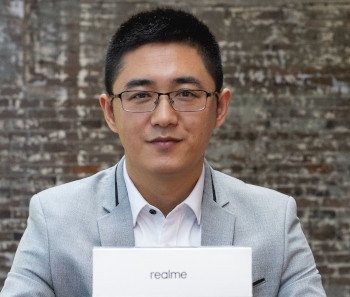 The over-crowded Australian smartphone market will see another entrant this month when the Chinese brand realme launches four devices at a function in Sydney on 17 October.

A statement from the company, which was formed in 2018 by former OPPO vice-president Sky Li, claimed the brand already had more than 10 million users worldwide in 18 markets.

Prices for the four devices will range from $200 to $500, and they will be sold online through JB HiFI, The Good Guys, Bing Lee and other unnamed outlets.

Though it split off from OPPO, the company is still backed by its parent, with a shared production line, supply chain and ColorOS, a modified version of Android.

OPPO is one of the three brands sold by BBK Electronics, with the others being vivo and OnePlus.

realme said the phones would also be sold on eBay, Amazon, Kogan, Catch and Mobilciti and on its own website.

The company also has plans to enter the consumer finance market in Australia in collaboration with Make It Mine.

realme Australia managing director Andy Yang said: "realme is a young and fearless brand and our aim is to enable our fans to experience premium functionality, technology and style at a reasonable price.

“Young people don’t need to spend a fortune to access high-quality phones with larger battery life and storage, rapid charging and superior camera technology. Our customers are young and brave and we’re excited to share our innovations with Australian consumers.

“As a disruptive smartphone brand, realme has won more than 10 million fans in just 15 months, a record in the smartphone industry. Our Dare to Leap spirit drives us to innovate and challenge the status quo, which is what we are doing globally and aim to continue in Australia.”

More in this category: « Jazz 2: 4G and Android 9 for under 100 bucks Microsoft to launch dual-screen Android phone in 2020 »
back to top