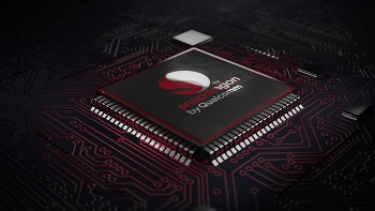 This included a cross-licence granting back rights to some Huawei patents, covering sales beginning on 1 January.

The signing of the agreement comes after the US in May 2020 placed new strictures on American companies dealing with the Chinese firm.

The restrictions are changes in the US Foreign Direct Product Rule which places goods made abroad under US regulations if they are based on American technology or software, or made using American equipment. This means they cannot be sold to any company on the US Entity List, on which Huawei was placed in May 2019, unless permission is obtained from the Department of Commerce.

The May 2019 listing only made it neccesary for American companies making goods within the country to require a licence to supply Huawei.

San- Diego headquartered Qualcomm made the statement along with its third quarter accounts, which showed revenue of US$4.89 billion (A$6.85 billion), and profit of US$868 million.

Qualcomm said the results did not include the payment from Huawei as part of the settlement or revenue from its global patent licensing.

"While we continue to assess the accounting impacts of the agreements, our financial guidance for the fourth quarter of fiscal 2020 includes the following," the company said.

"Estimated QTL revenues for royalties due on sales made by Huawei in the September 2020 quarter;.

"Estimated revenues of approximately US$1.8 billion related to amounts due from Huawei under the settlement agreement (which are incremental to amounts previously paid under two interim agreements) and estimated amounts due for the March 2020 and June 2020 quarters under the new global patent licence agreement. This amount will be excluded from our non-GAAP results."

More in this category: « Consumers shift to online purchases of smartphones due to pandemic Verizon gets first Ericsson 5G base station made in US »
BACK TO HOME PAGE
back to top