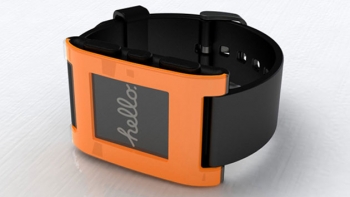 The world's most successful Kickstarter project, the Pebble smartwatch, has updated its Android app to include support for the Pebble App Store.

The update has been in the works for a while; Pebble's iOS app store was launched back in February, when the Android version of the Pebble 'appstore' was still in beta testing mode.

Pebble announced the release of the new Android app in a blog post today, writing, "Special thanks to the Pebble users and developers who tested our Android beta builds: your help and feedback was invaluable. So dive in, because it's time! Download Pebble for Android 2.0 from Google Play and unlock a whole new universe of apps and watchfaces waiting for you in the Pebble appstore."

The company also announced three new partners for the Pebble app store in eBay, Evernote, and Time Warner Cable. The new partners will join the line-up of partners including Mercedes-Benz, Yelp, and Foursquare.

Steve Yankovich, Vice President, Innovation and New Ventures at eBay, said in a statement, "eBay for Pebble smartwatch is our latest announcement at the forefront of merging commerce and technology. eBay Inc. is constantly innovating, pivoting and evolving new technologies to build superior customer experiences."

Some of the new features in the Pebble for Android 2.0 include a revamped and enhanced UI design; Pebble watchapp directory and Watchapp locker.

"This release supports a single Pebble watch. We are aware that some users may have multiple Pebble smart watches, and will add support in a future release," Pebble said in the blog post.

Pebble has sold around 300,000 units since its release last year, and the Pebble Steel, which features a smaller steel body, was released back in February.

Check out the Pebble smartwatch here, while the iOS app can be downloaded here and the new Android app here.

More in this category: « Aldi Mobile's unlimited pack not unlimited at all Key HTC One details emerge »
Share News tips for the iTWire Journalists? Your tip will be anonymous