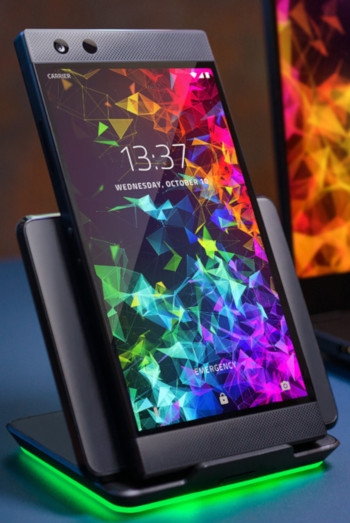 Singtel Optus has released the Razer Phone 2, a leading brand for gamers, through its stores and online from Wednesday.

A statement from the company said the smartphone would be available through select premium handset plans with generous double data inclusions.

Optus head of Product Shawn Van Graan said, “Optus is moving into a new and exciting esports market as the exclusive Australian carrier of the amazing new Razer Phone 2.

“As one of the world’s top gaming device manufacturers, Razer has designed a high-performance smartphone that is packed with features, including a 120Hz LCD display, extra-long battery life and internal cooling system, making it the perfect companion for Optus customers who love gaming and consuming video content on the go.

“Our Optus plans for the Razer Phone 2 offer huge amounts of data, as well as the option to add entertainment extras including Optus Sport and TV streaming on eligible subscription services without using the plan’s data, which is perfect for mobile gamers and entertainment fans.”

The Razer Phone 2 is available on My Plan Plus 24-month post-paid plans, including the $105 per month plan with no charge for the device and 200GB of data. The data allowance includes a 100GB bonus offer which ends on 13 January 2019.

The My Plan Plus handset plans at $105 per month and above offer the following:

More in this category: « iPhone a blessing to Apple, but could be a curse too OPPO to offer better camera, biometrics on devices this year »
back to top