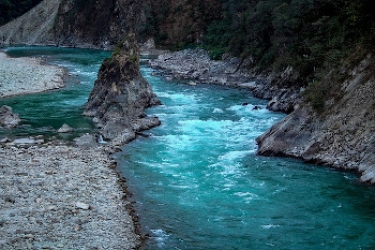 Image by Jagrat Bordolai from Pixabay

Chinese smartphone maker OPPO cancelled a live online launch planned in India on Wednesday for its flagship Find X2 5G phones, after a border clash between the two countries led to calls from Indian trader groups to boycott Chinese products.

Reuters reported that OPPO, which has an assembly plant in India, had announced a live unveiling of its new Find X2 line would be streamed on YouTube.

However, at 4pm IST (8.30pm AEDT), the link for the stream was found to be inactive.

Instead a pre-recorded 20-minute clip (below) was uploaded to YouTube which included footage of the company's efforts to help India in fighting the spread of the coronavirus.

The clashes, on Monday, between the troops resulted in the death of 20 Indian soldiers while 35 Chinese troops are claimed to have been left either dead or injured. The two countries have traded blame for the skirmishes.

Chinese made smartphones have more or less taken over the Indian market, the second biggest globally, with eight out of every 10 smartphones sold being from Chinese firms.

Other big Chinese companies like Great Wall, SAIC and Bytedance have big investments in India, while Alibaba has funded a number of start-ups.

Reuters quoted Abhishek Saxena, the co-founder of Indian law firm Phoenix that provides advice to Chinese clients, as saying: "“The current government will play hardball... I do not think any new approvals for China proposals will happen in a hurry."

India and China fought a brief war in 1962 over a disputed Himalayan border. Since then, there have been brief flare-ups but no prolonged fighting.

iTWire has asked OPPO Australia to contact its parent company in China for a reaction.

More in this category: « Qualcomm releases 6-series chip to power cheaper 5G smartphones Huawei delaying next Mate release until it sorts out chip issues: report »
Share News tips for the iTWire Journalists? Your tip will be anonymous