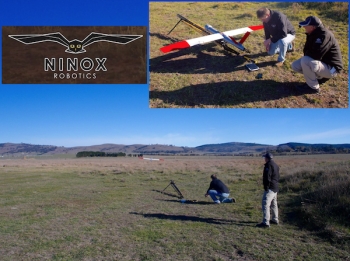 Droning on wouldn’t normally be exciting, but when you’re talking about Ninox Robotics, the news of a CASA drone licence and commercial operations starting at last is solid news for the company.

iTWire first wrote about Ninox Robotics just under a year ago, on 22 July 2015, when the company embarked on a major trial.

Fast forward nearly a year later, and not only has Ninox Robotics received "final regulatory approval from the Civil Aviation Safety Authority (CASA)", it will also "begin commercial operations this month, deploying" what it describes as "its class leading, unmanned aerial systems (UAS) for customised services to government, NGOs and private sector clients".

Ninox Robotics proudly boasts that its "flexible services can be applied to infrastructure and asset management as well as biosecurity, conservation and emergency services", which are "designed to provide efficient and safe monitoring at a cost-effective price".

It also offers "an array of smart, high-tech options for Australian government agencies, landholders and businesses in dealing with a variety of problems afflicting the continent", with "applications across a variety of industries including infrastructure, agriculture, biosecurity, emergency response and security and research".

Operating under its "CASA-granted commercial drone licence", Ninox Robotics says it has "a number of foundation clients who will utilise the company’s military grade drones for highly accurate monitoring and analysis".’ 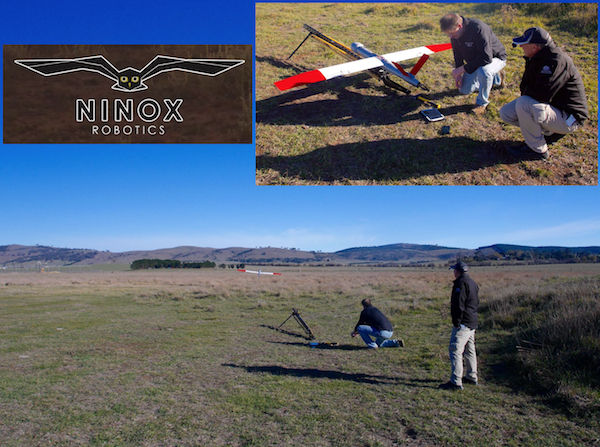 Craig Magnussen, pest management officer with Southern Downs Regional Council, noted the council "is looking to put the technology to use in the pest animal control field, to accurately gauge populations and improve current practices".

Magnussen said: “We are excited by the opportunities the technology presents, particularly in detecting animals over vast areas of inaccessible terrain and making traditional broad-scale pest animal control methods, such as aerial baiting and shooting, more efficient.

“Having witnessed some of Ninox Robotics’ early trial work, the council and its partners in this project, Goondiwindi Regional Council and Granite Borders Landcare Committee, are very pleased to be a part of the first commercial application of the technology,” he added.

The company says that all projects will be led by its chief pilot, Colin Smith, a former major in the Australian Defence Force, and his team of specially-trained UAS pilots and technicians.

Smith said: “Our UAS services are unlike anything else in the market today, with the potential to do more and be in more places than any other UAS provider, at an attainable price point for multiple industries. Our team has completed a rigorous training process and we are thrilled to start putting this highly-advanced technology to work for businesses and government organisations across the country.”

He said: “We are eager to be working alongside forward-thinking organisations who are looking for intelligent, cost-effective solutions to leverage practical, comprehensive information in both real-time and soon after flight.

"The amount of interest we’ve received so far across different industries and levels of government signals that Australian businesses and landholders are eager to see how these drones can make a difference to their bottom line.”

More in this category: « World Wi-Fi day – 20 June HTC One X9 aims for mid-range market magic via Vodafone and JB Hi-Fi »
BACK TO HOME PAGE
back to top