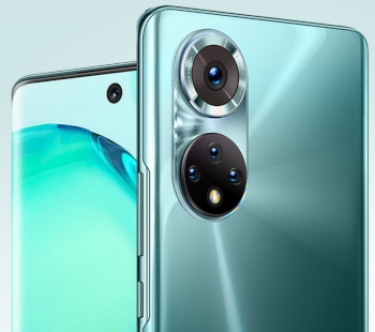 The Chinese model of the Honor 50 smartphone. Courtesy Honor Device

A report in the South China Morning Post said this would be the first time that Honor would include these apps since Huawei sold it to a consortium of 30 dealers and agents, operating under the name Shenzhen Zhixin New Information Technology, for an unspecified sum in November last year.

The US has targeted Huawei with sanctions for nearly three years now, and among the prohibitions has been the ban on using American products unless the company producing them had permission from the US Department of Commerce.

When the US placed Huawei on what it calls its Entity List in May 2019, the Chinese firm was unable to obtain Google's proprietary version of Android. The American search giant applied for an exemption to sell the operating system to Huawei but never got it.

Other companies like Microsoft were able to obtain exemptions from the US administration and thus Huawei has been able to continue using Microsoft's Windows operating system on its line of laptops.

Honor's latest flagship is the Honor 50 which was opened for pre-orders in China in June. It is expected to be made available in European markets this month.

HONOR has succeeded in confirming cooperation with a number of supplier partners in the early stage. #HONOR50 series will be equipped with Google Mobile Services, which will provide a more comprehensive application environment and extraordinary mobile experience to our customers. pic.twitter.com/rAhByQVAlx

The Honor 50 Pro and the Honor 50 are powered by Qualcomm chips while the cheaper Honor 50 SE is built atop a MediaTek SoC.

In a tweet Honor said on 12 October: "Honor has succeeded in confirming co-operation with a number of supplier partners in the early stage.

"#HONOR50 series will be equipped with Google Mobile Services, which will provide a more comprehensive application environment and extraordinary mobile experience to our customers,”

The Google proprietary apps — Gmail, YouTube, Drive and the Google Play Store among others — are essential for people who use smartphones in the west. They are not needed in China, a country in which Google ceased doing business in 2010.

Three Republican senators, meanwhile, are pushing for Honor to also be banned as Huawei was. As iTWire reported last Friday, Marco Rubio and Rick Scott (both from Florida) and John Cormyn (Texas) said in a letter to US Commerce Secretary Gina Raimondo that by not adding Honor to the Entity List, "the Biden Administration is allowing a commercial arm of the Chinese Communist Party to evade American export controls and exploit our technological sector".

There have been reports earlier this year that the Pentagon and Energy Department wanted to blacklist Honor, while the Commerce Department and the State Department were opposed.

More in this category: « OPPO releases low-budget 4G device A16s for a change Indian smartphone shipments down in 3Q as low-end supply issues bite »
Share News tips for the iTWire Journalists? Your tip will be anonymous