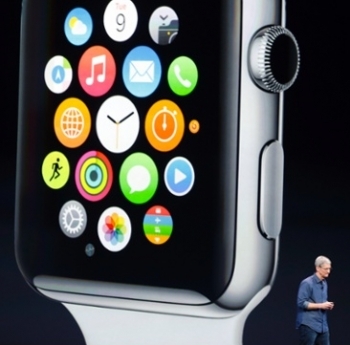 During the last two quarters of availability, research firm Canalys says nearly 7 million Apple Watches were shipped, more than all other vendors combined.

A stunning stat when you consider Apple Watch has only been available for two quarters, with Canalys noting that in Q3, Apple was the only smart watch vendor to shop more than 300,000 units.

Canalys also noted that the quarter ‘also saw the release of the Pebble Time Steel, which helped the company ship more than 200,000 total smart watches, while Samsung’s Gear shipments declined ahead of the Q4 release of the Gear S2,’ while stating that ‘vendors will continue to battle for position behind Apple in Q4 as a raft of new devices from a diverse set of companies hits the market. For example, both Fossil and Tag Heuer will be launching their first smart watches before the end of the year.’

As for Fitbit and Xiaomi, Canalys says these two are leading ‘the market for basic bands in Q3.’

Xiaomi’s Mi Band surpassed 10 million cumulative shipments during the quarter thanks to ‘aggressive pricing and frequent promotions’ which have ‘allowed it to hit ambitious sales targets, especially in China.’

Meanwhile, Fitbit managed to realise sequential growth in Q3, and its Charge HR band has continued to perform strongly since its introduction, although one can only wonder how much stronger sales would have been had Apple Watch not existed, especially seeing as Fitbit’s Charge and Surge models are worthy upgrades to the original Fitbit models.

However, Canalys wisely and rightly notes that ‘all eyes will be on Apple Watch sales during the Q4 holiday quarter as a barometer of the strength of the nascent smart watch market.’

The article concludes after this ad, please read on!

Analyst Daniel Matte said: “After experiencing significant supply chain constraints early on, Apple managed to overcome its production struggles with the Apple Watch and is building momentum going into Q4. Shipments are steadily increasing as it has greatly expanded the Watch’s channel footprint internationally.’

Canalys VP and Principal Analyst Chris Jones added: “watchOS 2 has brought native apps to the platform, and new colors and styles have refreshed the lineup, but Apple needs to continue to generate demand six months after launch.”

Apple’s Q2 and Q3 results shine a new light onto some of the articles written by other journalists concerning the Apple Watch.

When you take a look at articles such as ‘WTF - Watch Tim Fail’ or ‘Apple has produced a flop watch and the market agrees’ alongside ‘Apple watch sales – WTF* Part II’ and compare them to the reality that Canalys reports, which is that Apple Watch sold in two quarters more smart watches than all of its competitors combined could manage over five quarters, well…

You can read those articles and the justifications for why Apple will sell millions of watches, which Canalys proves it now has, yet STILL supposedly fail - and you can come to your own conclusions.

More in this category: « Google becomes the bug hunter VIDEO Interview: Welcome to the age of Ossia’s true wireless charging »
Share News tips for the iTWire Journalists? Your tip will be anonymous