Motorola wants you to build your own phone Featured 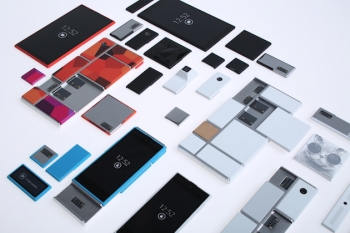 Motorola is working on a completely customisable smartphone that could feature replaceable displays, keyboards or even processors.

The project, dubbed Project Ara, is described as an "open hardware platform" in which developers can create smartphones with parts users can easily swap out.

“Our goal is to drive a more thoughtful, expressive, and open relationship between users, developers, and their phones. To give you the power to decide what your phone does, how it looks, where and what it’s made of, how much it costs, and how long you’ll keep it,” Motorola said in a blog post.

The project team, working for a year, has developed a frame, described as an “endoskeleton,” that can be fitted with modules, ranging from basic features such as displays, to extra batteries to specialized gadgets such as a device for taking your pulse.

Aside from developing its own phones, Motorola has developed the platform with the aim that third-party developers will come up with modules themselves, creating a whole new hardware ecosystem.

“We want to do for hardware what the Android platform has done for software: create a vibrant third-party developer ecosystem, lower the barriers to entry, increase the pace of innovation, and substantially compress development timelines,” wrote Paul Eremenko.

Google purchased Motorola Mobility for US$12.5 billion back in 2011.

At the same time Motorola also announced it will be working with Dave Hakkens, a Dutch designer who previously said he was working on a similar concept - a modular phone known as Phonebloks.

As we reported earlier this year Hakkens said the idea behind Phonebloks would be that any phone would become extremely upgradeable, and any repair work that needed doing would become much easier and potentially cheaper as well.

The “bloks”, which kind of look like Lego, are attached to a base which is then connected to everything else.

Motorola said it plans to release a module developer’s kit this winter.