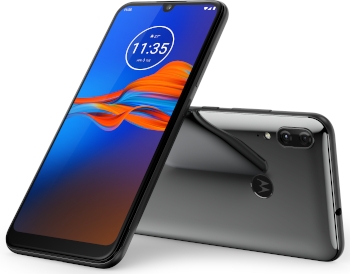 Another budget smartphone has made its appearance in the Australian market, with Motorola announcing the launch of the moto e6 plus which will sell for $199.

A statement from the company, which was known in another era as a chip supplier to Apple, said the device had a 3000mAh battery and a 6.1" Max Vision (19.5:9) display.

It runs Android 9 Pie and has fingerprint and facial recognition. There is an 8MP front camera for selfies.

The device, which comes in polished gray, has a octa-core 2.0Ghz processor, 32GB of storage and 2GB of memory.

The moto e6 plus joins recent releases from OPPO, realme, and Aspera, all of which are aimed at the lower end of the market.

Danny Adamopoulos, general manager, Sales, APAC for Mature Markets, Motorola, said: “We are excited to launch the new moto e6 plus to the Australian market.

"We’re proud to offer consumers reliable phones that take quality seriously at an affordable price point. The new moto e6 plus embraces that with its dual camera system and beautiful design features.”

The moto e6 plus will be available online, and at Officeworks, The Good Guys, Big W and Mobileciti.

More in this category: « Microsoft to launch dual-screen Android phone in 2020 OPPO launches Reno2 Z with quad-camera setup »
back to top