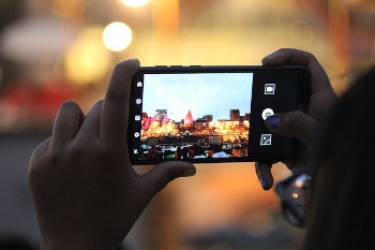 Image by Tanuj Handa from Pixabay

A drop in the decline of smartphone shipments in June, when there was only a small fall of 0.3% year-on-year, ensured that Indian smartphone shipments would recover to some extent in the second quarter and end with 18 million units, the technology analyst firm Counterpoint Research says.

The company said in a statement the nationwide lockdown imposed by the government had led to zero shipments in April. Another firm Canalys had reported a 48% plunge in shipments in the second quarter year-on-year.

Counterpoint senior research analyst Prachir Singh said: “The COVID-19 pandemic wiped out almost 40 days of production as well as the sales of smartphones due to the nation-wide lockdown.

"In May, the government allowed shops to open and online channel deliveries for non-essential items. As a result, the market witnessed a surge in sales as the lockdown restrictions were slowly lifted.

"The quarter was thus marred by both demand and supply constraints which led OEMs to rethink their go-to-market strategies. On the supply side, the factories were shut down in April and started operating in May, which resulted in supply shortages for some manufacturers.

"Some brands maintained supply by importing fully assembled handsets. Additionally, the last week of the quarter saw components being held up at customs, which also affected the supply chain.”

Research analyst Shilpi Jain said the coronavirus outbreak had affected the competitive landscape. “The contribution of Chinese brands fell to 72% in Q2 2020 from 81% in Q1 2020," she observed.

"This was mainly due to the mixture of stuttering supply for some major Chinese brands such as OPPO, vivo and realme, and growing anti-China sentiment that was compounded by stringent actions taken by the government to ban more than 50 apps of Chinese origin and delay the import of goods from China amid extra scrutiny. This all resulted due to the India-China border dispute during June.

“However, local manufacturing, R&D operations, attractive value-for-money offerings and strong channel entrenchment by Chinese brands leaves very few options for consumers to choose from. Additionally, in the era of globalisation, it is difficult to label a product based on country of origin as components are being sourced from many different countries.

"This development has given a window of opportunity for brands like Samsung and local Indian brands such as Micromax and Lava, to recapture market share. Further, Jio-Google’s partnership to bring a highly affordable 4G Android smartphones could also gain ground, banking on the growing #VocalforLocal sentiment.”

India has more than 350 million feature phone users and this market was the worst affected segment as it declined by a massive 68% year-on-year in Q2 2020 as consumers tried to save money by reducing discretionary purchases. Counterpoint said In the near-to-mid term, this could end up boosting the used and refurbished mobile phone market.

More in this category: « US sees 25% fall in smartphone sell-through in 2Q2020 Japanese site claims Apple 5G iPhone will only emerge in November »
BACK TO HOME PAGE
back to top