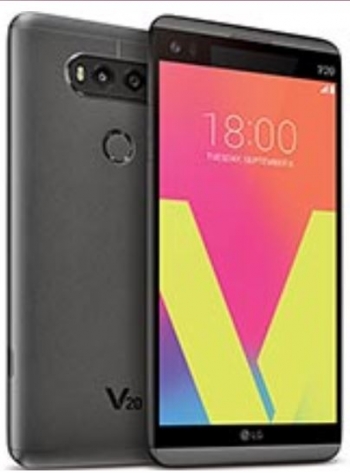 Regarding market position and price it sits squarely above the G5 and allows LG to show off its best technology.

The V20 was previewed a few hours ago and already reviewers are saying, watch out Apple and Samsung as this is the most advanced, the most fully featured, the best Android handset on the planet. Unfortunately, its preview will be somewhat overshadowed by a smartphone named after a piece of fruit.

The phone has three mics and four digital-to-analogy converters (the converters help to reduce white noise). It can record 24-bit sound meaning audio is more accurate and clear.

You can fine-tune your audio preferences in the Settings menu. There's an app for HD audio recording as well, and according to LG, the device can handle recordings up to 132 decibels, which is as loud as a sports stadium full of screaming fans.

The back plate covering a 3000mAh battery is removable with the click of a button.

In fact, LG has been canny going one up into a new premium class that it can own. It also allows the G5 to settle into the mid-level tier pricing where it can dominate sales.