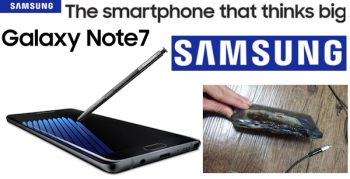 Derided by some merely as "clickbait", where there’s smoke from exploding batteries and faulty USB C cables or adapters it means there very well could be fire.

Samsung’s Galaxy Note7. It’s a terrific phone – large screen, great to hold, fantastic and advanced S-Pen, IP68 waterproof, a new feature that actually works properly for once most of the time in the IRIS scanner and plenty more.

So, when something goes wrong with a flagship device such as exploding batteries, or at least reports of such things emerge, a journalist does well to investigate further to prepare a proper report for readers – and to better understand the issue at hand.

The latest issue comes from a post on Baidu (Google Translate to Engish here) which shows three photos of a badly damaged Note7 from a user named "Mr. Ni 666666", who had the Korean version, according to his post.

From the images it seems clear that an USB C adaptor has been connected to a generic micro USB cable to charge the Note7, which some claim is the true source of the problem.

Whether this is the female micro USB to male USB C adaptor that Samsung includes in the box is unknown, but it reminds one about using the right cables and charges to recharge your increasingly super sophisticated device.

After all, these aren’t any old USB devices with 5v 1amp charging required, but devices with sophisticated quick charging and more.

Reports say Mr. Ni 666666 heard a "sudden bang" and saw his phone in flames, leaving it a melted mess of glass and metal.

Samsung naturally informed press who asked whether it was investigating the incident, and naturally said that it "takes product quality and customer safety very seriously. We have been in contact with the customer and are conducting a full investigation into the product in question".

Evidence of the seriousness with which Samsung is taking the claims comes from a quote given to Reuters by a Samsung spokesperson who said: "Shipments of the Galaxy Note7 are being delayed due to additional tests being conducted for product quality.”

This claim goes one bigger in The Korea Herald whose headline reports "Samsung suspends Galaxy Note7 shipments after explosion reports", and which states: “But more recently there have been several reports in Korea and overseas claiming that the phone exploded while charging. No injuries from the accidents have been reported.”

The article continues, quoting sources who said "Samsung has also started its own investigations into the cases after collecting the phones from the customers" with an investigation underway and the results thereof to be announced "soon".

So, what can you do to protect yourself?

Well, as mentioned above, using genuine cables and chargers — and avoiding adapters even if official — is definitely something worth doing. The genuine charger providers quick charging capabilities with a genuine USB C cable.

MakeUseOf.com also has a great article on ‘How to buy a USB C cable that won’t destroy your devices.’

Dodgy USB-C cables came to the fore when Google engineer Benson Leung wrote about them in an Amazon review on 1 February 2016.

His Amazon review of the Surjtech 3 metre USB A-toC cable, which is damning and can be read at the link just above, has a subject line which says "completely violates the USB spec, seriously damaged my laptop".

“This one will probably be the last one I do for a little while because this cable (1-star review score, straight off) seriously damaged the laptop computer I am using for these reviews, a Chromebook Pixel 2015, and two USB PD Sniffer devices (Twinkie).”

He further explains: “On my Pixel, both USB Type-C ports stopped responding immediately. Neither would charge or act as a host when I plugged in a USB device such as an ethernet adapter. Upon rebooting my Pixel, the system came up in recovery mode because it could not verify the Embedded Controller on the system. No amount of software recovery could revive the EC. Upon closer analysis, serious damage has been done to components related to charging and managing the USB Type-C port's capabilities.

So, if in doubt, stick with genuine cables, and in times of clickbait claims, why not see what the company itself is reporting saying to official news agencies?

This is always preferable to seeing bloggers going into instant shill mode with a shrill "clickbait" claim to dismiss the issue out of hand.

With the release of any new technology, or its latest model, something going wrong for someone, somewhere, is always possible, no matter the brand or device.

In those cases, the claimed clickbait might simply be click straight reporting, with the truth and facts always the best antidotes to shrill shills too wired up for chill pills. 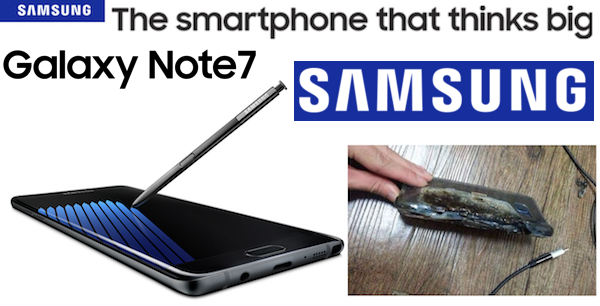 More in this category: « LG G5 – the flagship with a removable battery Explosion reports: Samsung may recall Note7 devices »
Share News tips for the iTWire Journalists? Your tip will be anonymous