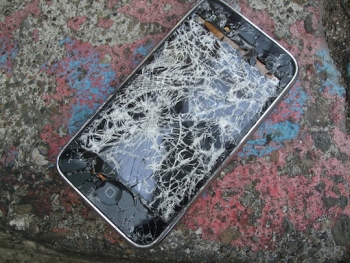 Apple's iPhone 5 is the most hated handset in the world while Samsung's Galaxy S4 is the most loved, according to new research.

Apple's iPhone 5 received the biggest customer backlash following its launch in 2012, with a barrage of complaints flowing through social media.

Social media studiers We Are Social found that one in five posts on social networks about the launch of Apple’s iPhone 5 were negative, while after the S4's launch just 11% of posts about the handset were complaints.

The study found that new iPhone 5 owners were upset about the introduction of a new power socket, the inaccuracy of Apple Maps and how similar the phone was to previous models.

We Are Social monitored Twitter, blogs and forums following the launch of four different handsets; Apple's iPhone 5 in September 2012, Samsung Galaxy S4 in March, BlackBerry's Z10 in January and Nokia's launch of the Lumia 920, back in September 2012.

Apple obviously latched onto the widespread discontent with its new Maps application, as it issued an apology for the program less than a fortnight after the launch.

Google then quickly updated its own Maps product to be compatible with the new iPhone, taking advantage of the backlash.

The report also said iPhone customers also complained about picture quality of photos taken on certain handsets, with some affected by a purple discolouration on camera images.

"Brands were often on the receiving end of criticism for their handsets offering nothing new to the previous model," he said.

"The most successful launches were those that captured the consumer's imagination by talking about the handset's new and innovative features.

"And while leaks can be an important tool in building success, give away too much and the handset loses its 'wow' factor upon launch," Kitchingman said.

He added that 56% of discussions being about new or different features with a particular emphasis on its eye tracking.

More in this category: « Is Android stuffed? Nokia bringing its Lumia 925 down under »
Share News tips for the iTWire Journalists? Your tip will be anonymous