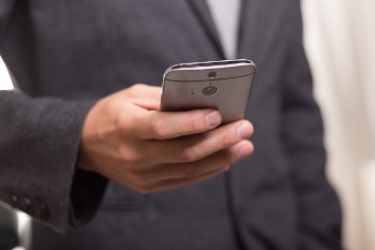 Image by Niek Verlaan from Pixabay

Apple's iPhone 12 series has hit 100 million in sales globally, reaching this figure by April, the technology analyst company Counterpoint Research says, adding that the milestone was achieved in the seventh month after the model was launched, two months less than it took the iPhone 11 series to reach the same figure.

It said the sales cycle was almost the same as the iPhone 6 series, the model that helped Apple achieve what it described as the Cupertino company's "first volume super-cycle at the cusp of 4G transition".

The latest super-cycle came after six generations of iPhones and on the cusp of the transition to 5G.

Counterpoint said the iPhone 6 sales had been driven by pent-up demand for models with a larger screen, while in the case of the iPhone 12 series, the attraction was 5G and a full OLED screen.

"With the iPhone 12 series, Apple has achieved another volume super-cycle after six generations of iPhones and at the cusp of 5G transition," Counterpoint analyst Varun Mishra said.

The research company also said there had been a change in model preferences between the iPhone 11 and 12, with consumers preferring the most expensive version of the iPhone 12 during the seven months it took to reach 100 million in sales.

He pointed out that the base variants of the iPhone 11 Pro Max and the iPhone 12 Pro Max cost the same: US$1099 (A$1461). The differences were that the 12 Pro Max had 5G capability, more RAM, and the A14 Bionic chip. Additionally, a charger and headphones were not supplied.

"However, this did not seem to be a deal-breaker for consumers, especially in the US, which contributed to 40% of the global iPhone 12 Pro Max sales till April," Mishra said.

"The upgrades, which came at the same price as that of the iPhone 11 Pro Max, supported by aggressive operator promotions, helped the 12 Pro Max sales soar to make it the highest-selling device in the US consistently since December 2020.

"Moreover, the iPhone 12 series was also comparatively less affected by the pandemic than the iPhone 11 series. Consumers who held on to their devices last year due to the pandemic, upgraded to the 12 series."

Mishra said Apple had achieved a record-high market share for April and it had done so since October 2020, with the trend likely to continue in May 2021.

More in this category: « Getac launches F110 mobile tablet that can work in harsh environments Samsung and TPG Telecom to trial Australia’s first 5G vRAN with integrated 26GHz mmWave solution »
Share News tips for the iTWire Journalists? Your tip will be anonymous