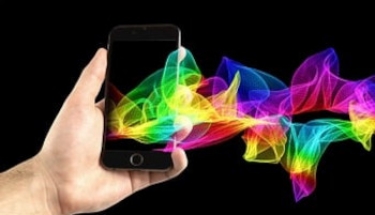 Smartphone shipments to India have fallen during the third quarter, by 5% year-on-year, to 47.5 million units, in keeping with the global trend, the technology analyst firm Canalys reports.

Last week, as iTWire reported, the same firm issued figures showing that global shipments of smartphones had dropped by 6%.

However, things may turn out better in the last three months of the year, given that the festive shopping season in India has begun this month.

Prachir Singh, a senior analyst from Counterpoint Research, another technology analyst firm, said: "The festive season has been driving smartphone sales in India due to high consumer demand during Dussehra and Diwali.

"This trend has been accelerated this year by the high pent-up demand backed by aggressive promotions in the mid and premium segments. 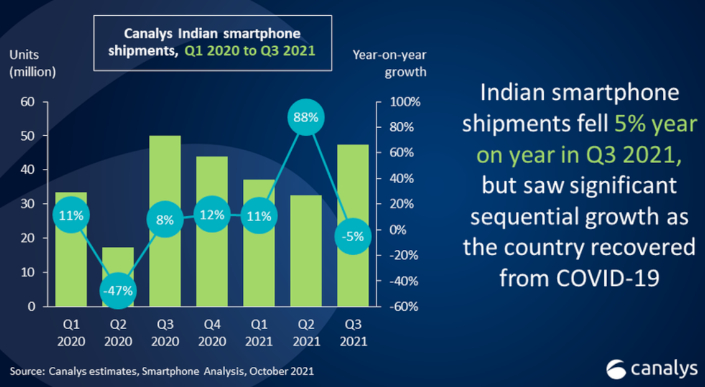 "We estimate that almost US$7.6 billion (A$10.18 billion) worth of smartphones will be sold during the ongoing festive season.

"This highest ever number is coming at a time when the global smartphone industry is facing component shortages. As a result, OEMs have been forced to increase prices, which will have a higher impact on the mass market and budget segments.”

Supply issues for low-end models were cited as the main reason for the third-quarter drop in India, though Canalys said it might be somewhat unfair to compare shipments for the third quarter of 2020 with those in 2021, given the pent-up demand last year.

On the plus side, shipments for the third quarter were 47% higher quarter-on-quarter, as India suppressed a wave of COVID-19 infections.

Canalys analyst Sanyam Chaurasia said from the end of June, a surge in demand had swept the country, and this would persist during the festive season.

"Smartphone vendors have seized the opportunity to push older stock into the channel ahead of the holiday period," he said. "But low-end model supply constraints mean shipments have been restricted, and brands have been forced to use promotions to make their high-end models more appealing.

"These challenges will persist into the fourth quarter, and high component and logistics costs, together with container shortages, will result in longer lead times and higher retail prices.

"But smartphone brands are striving to minimise the impact on Indian customers and will prioritise online channels, where possible, to provide a margin buffer that may allow for less price disruption.”

Research analyst Jash Shah added: “The fight for market share [has] intensified further in India. Smartphone vendors are using a range of strategies, from extending their product mix to boosting their channel coverage, to increase shipments and value.

"Xiaomi, for example, used its Mi 11 series to raise its share in the premium segment, despite a slight drop in share overall. Apple, its main competitor for high-end share, used promotional deals to inject momentum into iPhone 12 sales ahead of its iPhone 13 launch in September.

"But realme is taking a different tack, hoping to undermine high-end vendors with its focus on affordable 5G. Its shipments were 70% online, and it shipped around a million of its realme 8 5G model.

"Competition is unlikely to let up any time soon, as challenger brands such as Transsion attempt to scale up and disrupt incumbents in India.”

More in this category: « New Honor flagship to use Google apps for international models OPPO reported to be planning own SoCs for top-end smartphones »
Share News tips for the iTWire Journalists? Your tip will be anonymous