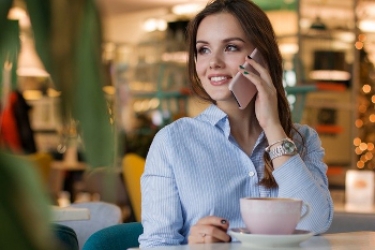 Image by Anastasia Gepp from Pixabay

India's smartphone market saw a sharp fall of 50.6% year-on-year in second quarter shipments, the technology analyst firm IDC says, but said the market was expected to recover in the second half of the year despite this steep decline.

"Further, this surge in demand is expected to continue throughout the first half of 3Q2020 as well, requiring a steady supply of devices in the market.

"IDC expects the market to show signs of recovery in the second half of the year, as we approach the festive quarter with the majority of consumers looking to buy low-end and mid-range devices.

"However, this will depend on brand marketing and channel initiatives, especially by online vendors during the festive sales period. Brand initiatives around multi- or hybrid-channel strategies will also play a key role as offline partners and brands will be looking for pockets of growth in these crucial next few months.”

IDC said total shipments in the quarter had fallen 18.2 million units as the country remained under lockdown in the first half of the quarter. 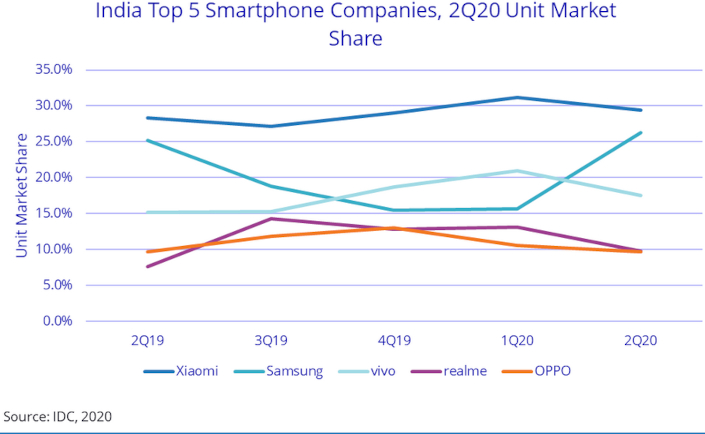 There were major disruptions in the supply chain in April, with another analyst firm, Counterpoint Research, claiming that there were zero shipments that month. IDC said the shortage of devices continued into the remainder of the quarter as factories were not operating at full capacity even after the lockdown was lifted.

Components and parts were stuck at ports waiting for clearance, especially for China-based vendors, IDC said, adding that by June sales had seen an increased mainly due to the pent-up demand from the lockdown period.

About 44.8 of shipments took place in the online channel, a high, but this was a 39% fall year-on-year in unit terms due to restrictions on delivery of electronics and also serious limits on stock for most of the April to June period.

"However, these initiatives were limited to big and medium-sized retail outlets in metros and Tier 1/2 cities, and were not able to arrest the steep annual decline of 56.8% for the offline channel.”

IDC said the average selling price of smartphones remained flat in the second quarter, at US$161 (A$225).
Brands were forced to increase prices due to the GST hike in April and the depreciating rupee. 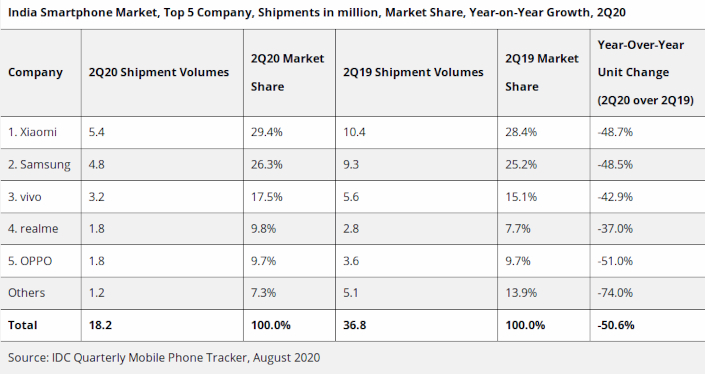 Feature phone shipments also fell, declining by 69% year-on-year to 10 million units in 2Q2020, making up 35.5% of the overall mobile market, the lowest for this segment.

Among brands, Samsung led the overall mobile phone market with a market share of 24.0%, followed by Xiaomi and vivo.

More in this category: « China shipped more 5G devices in 2Q than any other country: IDC US smartphone shipments drifted lower by 5% in 2Q2020: Canalys »
Share News tips for the iTWire Journalists? Your tip will be anonymous