Huawei to cut smartphone output by more than 50% in 2021: report 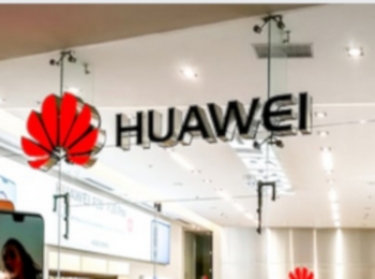 The number of Huawei smartphones manufactured this year will be between 70 million and 80 million units, the website Nikkei Asia reports, adding that this would be about a 60% decline from the 189 million units made in 2020.

The report said this sharp drop was due to the sanctions that the US has imposed on the company. It said the Chinese company had told its suppliers that it would be buying components only for this smaller number of smartphones.

Component orders had been limited to those for for 4G smartphones, Nikkei Asia said, with some suppliers indicating that the final number of units made in 2021 could even be as low as 50 million.

In May 2019. the US placed Huawei on its Entity List, an act that prevented it from obtaining US products without a licence from the Department of Commerce.

Huawei got around this by buying what it needed from branches of American firms in other countries. The only thing it could not source was the proprietary apps that come with Google's Android mobile operating system.

On top of that, new export control rules were imposed by the US Government in August and these made it well-nigh impossible for Huawei to obtain the SoCs it needs to build its flagship smartphones.

In January, Huawei had to scotch rumours that it was planning to sell its P and Mate flagship smartphone divisions, which would mean the company's exit from the premium smartphone business.

In November last year, Huawei sold its budget line of smartphones, known as Honor, to Shenzhen Zhixin New Information Technology, a new company formed by 30 dealers and agents, for an unspecified sum.

Nikkei Asia said while some Huawei suppliers had received permission from the US Department of Commerce to ship components to Huawei, the company was unable to obtain the full range of parts needed to make its 5G models.

More in this category: « Mobile Video Services growth accelerates during COVID 19 pandemic Apple beats Samsung in smartphone sales for first time since 2016 »
Share News tips for the iTWire Journalists? Your tip will be anonymous