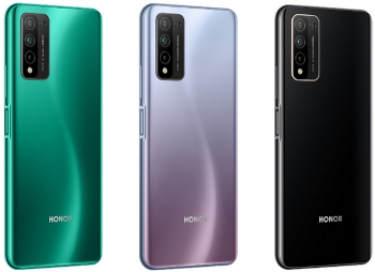 The buyer is a new company formed by 30 dealers and agents.

According to a Huawei statement, the sale was carried out because the company's consumer business had been under pressure of late due to a lack of components needed to make mobile phones.

News about the impending sale first broke in October with a report that the company was in talks with the Digital China Group.

Another report cited a figure of 100 billion yuan (A$20.75 billion) to be paid in an all-cash deal. No actual figure has been revealed.

US restrictions mean that from September 15 onwards no company has been able to accept orders from Huawei without first obtaining a licence from the US Department of Commerce.

The American sanctions, and the fact that many other countries have avoided handing 5G network contracts to Huawei, have hit the company financially over the last year or so.

At the moment, the US ban also applies to Honor, but after the same it will no longer be subject to the restrictions.

About 14.6 million Honor smartphones were shipped in the second quarter, about 26% of the 55.8 million smartphones Huawei shipped, according to statistics from research firm Canalys.

The Huawei statement said: "This move has been made by Honor's industry chain to ensure its own survival. Over 30 agents and dealers of the Honor brand first proposed this acquisition.

"Since its creation in 2013, the Honor brand has focused on the youth market by offering phones in the low- to mid-end price range. During these past seven years, Honor has developed into a smartphone brand that ships over 70 million units annually.

"We hope this new Honor company will embark on a new road of honor with its shareholders, partners, and employees. We look forward to seeing Honor continue to create value for consumers and build a new intelligent world for young people."