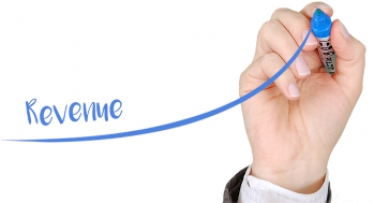 Image by aroblesgalit from Pixabay

Chinese telecommunications equipment vendor Huawei Technologies has seen revenue of 671.3 billion yuan (A$140.6 billion) in the first nine months of 2020, the company says, adding that this was an increase of 9.9% over the corresponding period in 2019.

There were no separate figures for the third quarter. The company's smartphone shipments overtook those of South Korean rival Samsung globally in the second quarter.

The earnings announcement comes a day after the company launched its latest flagship smartphone, the Huawei Mate 40, based on its own designed processor, the Kirin 9000.

Huawei has been hit with US sanctions since May last year and has been unable to use Google's Android mobile operating system with its proprietary apps on its smartphones.

Thus, four models have been released with the open source version of Android, one which lacks Maps, YouTube, Drive and Gmail. This would have affected sales, though there are no figures to bear it out.

Huawei smartphones have excellent hardware but with the Google apps, few outside China will buy the devices.

Despite this, Huawei has grown its market share at home and this, in the main, has kept it going. On the international front, it has managed several wins in the 5G market, despite all the negative publicity put out by the US and some of its allies.

More in this category: « Xiaomi retains top spot in India as 3Q smartphone shipments rebound OPPO releases two more entry-level smartphones Down Under »
Share News tips for the iTWire Journalists? Your tip will be anonymous