Huawei developing own search engine for its mobile devices Featured 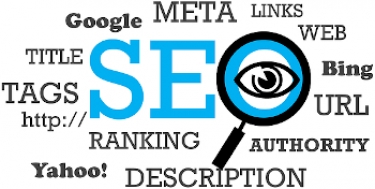 Chinese telecommunications equipment vendor Huawei Technologies has started developing its own search engine, a report says, with this being the final step in becoming independent of other mobile operating systems.

American columnist Zak Doffman sounded a rather xenophobic note in Forbes, with his piece about the new search engine headlined "This Is Huawei’s Alarming New Surprise For Google: Here’s Why You Should Be Concerned".

The latest Huawei smartphones have the company's own app store which is slowly building its own trove of apps. The search engine APK is not yet in the Huawei store but it can be downloaded here.

Huawei has built the operating system that it intends to use as a replacement for Google's Android using the open-source version of Android. As iTWire reported in January, the company has licensed navigation technology from the Dutch company TomTom.

Doffman described the emergence of Huawei's search engine as representing "an even greater risk to Google from the ongoing technology split, east versus west."

"...it also raises some significant questions around who curates and filters our news. Huawei is the second largest supplier of smartphones worldwide, its global audience stretches way beyond China’s borders," he added.

A post on the xda-developers site said the search results from the Huawei engine could not be mapped to results from Google, Yahoo, Bing, DuckDuckGo, Yandex, Ask, or AOL.

It appears that the service is being operated from Aspiegel, Huawei's subsidiary in Ireland. One needs a Huawei ID to test the search engine.

Huawei was locked out from using any of Google's proprietary applications such as Maps, Gmail, YouTube and PlayStore in May last year when the US placed it on a so-called Entity List which prevents it from using technology that has 25% of American content.

The Chinese giant released one smartphone last year, the Mate 30, using the open-source version of Android, without these apps.

Huawei has been reported as having developed its own operating system known as HarmonyOS, though the system has not been used on any devices available to the public as yet.

The company recently released a Linux distribution it has developed based on CentOS, which itself is based on the Red Hat Linux Enterprise version.

Doffman said he had "commented before on the unintended consequences of the US blacklist — Google and the US losing their global influence on mobile standards, the launch of a third-way competitor to full-fat Android and iOS, the potential for Huawei to carve itself a hugely dominant position controlling that new alternative. It has not yet been reported this way, but this search news could be the most alarming aspect yet".

More in this category: « Analyst firm claims realme 5G device will be the one to beat Canadian firm signs deal to commercialise solid-state battery »
Share News tips for the iTWire Journalists? Your tip will be anonymous