Google’s phone network to be limited to Nexus Featured 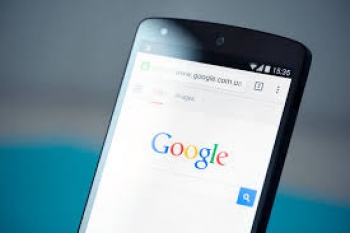 Google continues to be cagey about its plans to become a mobile phone operator. But it does seem its network will be limited to its own phone.

Google’s low key announcement that it is planning to enter the US mobile phone market as a mobile virtual network operator (MVNOs) continues to attract speculation.

That is not surprising, given the lack of detail. At Mobile World Congress last week Google’s Sundar Pichai said only that Google would do something soon with US carriers Sprint and T-Mobile (the third and fourth latest US mobile operators), and that it was not looking to be a major player,

Pinchai now number two at Google to founder Larry Page, and is increasingly the one setting the technical directions of the company.

Promising that more information would be released as the year progresses, Pinchai told the audience at MWC that Google doesn’t intend to compete with other mobile network operators but to “drive a set of innovations” in the same way as Google Nexus smartphones don’t compete with other smartphones.

Now it has emerged that the Google service, whatever form it may take, will be available only on Google Nexus phones. The Wall Street Journal, quoting the usual anonymous but credible sources, said that the service “will work only on the company’s latest Nexus brand smartphone and not on other phones using Google’s Android operating system.”

So Google’s plans, dubbed ‘Operation Nova’, are at this stage intended to operate on only a small scale. A key aspect of the network will be the phones’ ability to switch seamlessly between cellular and Wi-Fi networks, a capability which will be a key feature of yet-to-be-defined 5G networks.

“We don’t intend to be a network operator at scale,” said Pinchai at MWC. “All innovation in computing happens at intersection of hardware and software. That is why we do Nexus devices. We do it at enough scale to achieve impact.

“We are at a stage now where it is important to think about hardware software and connectivity together.”

‘Hardware and software and connectivity’ is what it’s all about. Google is laying fibre, buying into submarine networks, experimenting with balloons, and a whole let else. Nothing it does will really surprise.

From what we know, it seems Google will use Project Nova to test a number of technologies, and that any full scale entry into the mobile carrier market is some way off. But it also demonstrates the search giant’s intentions – it intends to be a major player in the next generation of mobile communications.

More in this category: « Apple Watch - price speculation, golden opportunity Boost Mobile enters the Age of Ultra: 31 March 2015 »
Share News tips for the iTWire Journalists? Your tip will be anonymous