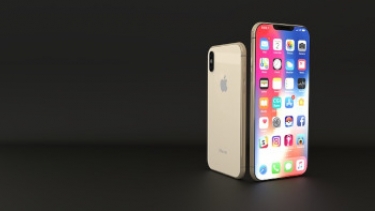 American multinational technology company Apple may be forced to put off the launch of a 5G version of its iconic iPhone by months due to the ongoing coronavirus pandemic, the Nikkei Asian Review has reported.

The newspaper said internal discussions had been taking place at Apple about a delay which was being considered due to the product development schedule lagging.

Some component makers were claimed to have told the newspaper that they had been told to delay mass production schedules by two to three months.

There are also worries about the supply chain constraints and the fact that the current situation would affect consumer desire to upgrade their current iPhone models.

Apple is heavily dependent on China for manufacturing the iPhone, with The Wall Street Journal detailing the company's problems earlier this month in an article titled "Tim Cook and Apple Bet Everything on China. Then Coronavirus Hit".

South Korea's Samsung Electronics and China's Huawei Technologies, Apple's two main rivals, have both come out with 5G models. In fact, Huawei launched another 5G model, the P40, overnight in some markets.

Smaller smartphone firms like OPPO and LG have also beaten Apple to the punch, with the former already launching two 5G models. But so far, before the COVID-19 outbreak, Apple has been comfortable with its plan for a delayed launch as iPhone users are known for their loyalty to the brand.

Apple had planned for 100 million of the new 5G devices to be manufactured during 2020. Given that the US and Europe are the two main markets for the iPhone, the company was closely following developments to decide whether to delay the launch or not.

The Nikkei Asian Review said a final decision would be taken around May.

Last month, Apple warned of a global iPhone shortage due to the COVID-19 outbreak, its second earnings guidance in the second quarter, saying it would not be able to meet its quarterly revenue target of US$63 billion to US$67 billion (A$93.8 billion to A$99.8 billion) due to the shortage of iPhones and a falloff of sales in China.

Apple had already issued guidance on 29 January based on "the best information available at the time as well as our best estimates about the pace of return to work following the end of the extended Chinese New Year holiday on 10 February".

The Nikkei Asian Review is part of Nikkei, the biggest global financial newspaper with a daily circulation in excess of three million.