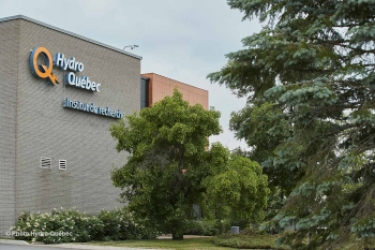 The Canadian utility firm Hydro-Québec has announced that it will begin work on the commercialisation of an all-solid-state battery co-invented by Dr John Goodenough, a professor at The University of Texas in Austin, and Dr Maria Helena Braga, an associate professor at the University of Porto in Portugal.

Hydro-Québec said in a statement it had signed an agreement for taking possession of the two scientists' patents which detail the make-up of a new type of electrolyte to be used in solid-state lithium batteries.

Dr Goodenough, co-inventor of the lithium-ion battery, was one of three people awarded the 2019 Nobel Prize in chemistry; the others were Stanley Whittingham of the State University of New York at Binghamton and Akira Yoshino of Meijo University.

Solid-state batteries are considered to be safer than lithium-ion batteries, as they do not use flammable liquid electrolytes. They also have a high energy density and are long-lasting, light and much cheaper, making them ideal for the electric transportation market.

"We are very pleased that Dr Goodenough’s team is reiterating its confidence in Hydro-Québec by choosing us to bring their technology to market,” said Karim Zaghib, general director of the Centre of Excellence in Transportation Electrification and Energy Storage and the 2019 laureate of the Lionel-Boulet Award, the highest distinction awarded by the Québec Government in the field of research and development in the industrial sector.

The University of Texas and Hydro-Québec have been working together for a quarter of a century and previous agreements have allowed the Canadian outfit to bring previous patents to the licensing stage and market battery innovations that are now used in many electronic products.

“The partnership with Hydro-Québec has provided the critical technology development needed for commercial production of intellectual property generated at The University of Texas at Austin,” said Dr Goodenough.

More in this category: « Huawei developing own search engine for its mobile devices Samsung dominated 5G smartphone sales in US last year: Counterpoint »
Share News tips for the iTWire Journalists? Your tip will be anonymous