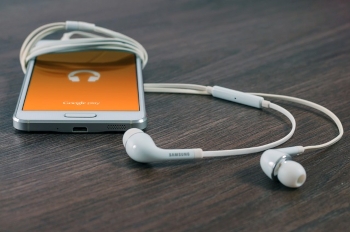 Image by FirmBee on Pixabay

Australia ranks 50th for the average cost of a gigabyte of mobile data among 230 countries which were studied by the British website cable.co.uk. Data from 6313 mobile data plans was collected, prices were computed in US dollars and local currencies and the countries were ranked.

The data was collected between 23 October and 28 November 2018 and the average cost of 1GB was calculated and compared to form a worldwide mobile data pricing league table.

(All conversions to Australian dollars have been done using the currency calculator at xe.com.)

In Australia, that gigabyte of mobile data cost A$3.48, the website said, with the number of plans compared being 56. The cheapest price for a gig was $0.15 while the highest price was A$10.67.

Zimbabwe was last in the list, with a gig of mobile data costing Z$75.2. Here there was some confusion with the currency calculator used by iTWire showing it as A$0.29 which would be US$0.20. Cable.co.uk had the price at US$75.20. Thirty-seven plans were examined in Zimbabwe and the cheapest rate for a gig of data was Z$12.5 while the most expensive data rate was Z$138.46 per gig.

“Many of the cheapest countries in which to buy mobile data fall roughly into one of two categories," said Dan Howdle, consumer telecoms analyst at cable.co.uk.

"Some have excellent mobile and fixed broadband infrastructure and so providers are able to offer large amounts of data, which brings down the price per gigabyte.

"Others with less advanced broadband networks are heavily reliant on mobile data and the economy dictates that prices must be low, as that’s what people can afford.

“At the more expensive end of the list, we have countries where often the infrastructure isn’t great but also where consumption is very small. People often buy data packages of just tens of megabytes at a time, making a gigabyte a relatively large and therefore expensive amount of data to buy.

"Many countries in the middle of the list have good infrastructure and competitive mobile markets, and while their prices aren’t among the cheapest in the world they wouldn’t necessarily be considered expensive by their consumers.”

Update, 7 March: In response to a query about the pricing of the Zimbabwe mobile data, Howdle told iTWire that the Zimbabwean dollar was abandoned as a currency in 2009.

"Advertised prices on the sites of Zimbabwean mobile providers are in US dollars, for example here. The currency represented in the data set, as stated in the methodology, represents the currency the tariffs are advertised in, and in some cases this will differ from the local currency," he said.

"The US dollar is now the official currency of Zimbabwe. However, there is also a local currency, known as a Bond Note or Zollar; in a local bank account it is called RTGS. Bond notes can be used for some purchases in Zimbabwe but are worthless outside the country.

More in this category: « Telstra allows eSIM Windows 10 devices to use mobile plans GPS rollover may affect systems, mobile devices this weekend »
back to top