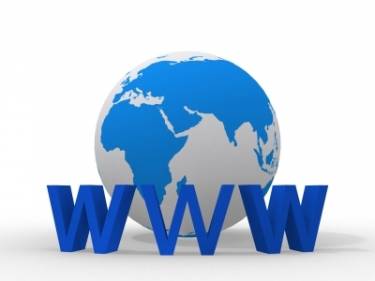 Use of the Internet via mobile devices is becoming a “compelling preference” for many Australians, according to Internet Australia, which has welcomed a global report finding that mobile has fundamentally transformed Internet access and use around the world.

Internet Australia CEO Laurie Patton said today that the trend to mobile is evident here in Australia although perhaps to a “lesser extent than in some developing countries.”

"Just as there is a whole generation of Australians who see no need for a landline telephone the portability of the Internet via mobile is also becoming a compelling preference for many.

Patton was respondng to the global Internet Society’s release of its 2015 Global Internet Report finding that mobile has fundamentally transformed Internet access and use, and holds the key to fulfilling the promise of Internet connectivity for the next billion people.

And, last week Internet Australia called for a Digital Future Forum to be supported by the federal government as Australia contemplates the future in the era of greater connectivity.

"The idea is to get a range of representative organisations together with the Government and the Opposition and create a bipartisan strategic plan,” Patton said.

“The outcome would be a broad set of policy settings that are long term and agreed between all the parties. To achieve our potential as a digitally enabled economy we need a road map and consensus among all parties on the direction we should take."

The Global Internet Report highlights include:

•    94% of the global population is covered by a mobile network, 48% are covered by mobile broadband, and 28% have subscribed to mobile Internet services

•    The gap between availability and adoption of mobile Internet is due to affordability and lack of relevant content. Policymakers should focus on filling this gap by making the services more affordable by removing taxes on equipment, devices, and services, and eliminating regulatory barriers for operators. Local hosting of content can also help lower costs by avoiding the use of relatively expensive international capacity to access content.

•    As demand increases, governments will need to ensure an adequate allocation of spectrum for mobile Internet use

•    More than 80% of online time on mobile is spent on apps, as opposed to a browser. Even adding in desktop browsing, users spend more than 50% of overall online time using mobile apps

•    Smart devices provide many useful services and features, such as location awareness and cameras; however these offerings raise increased privacy issues

•    Usage of the mobile Internet depends on wireless interfaces and access to apps, which can lead to heightened security concerns

•    An increasing reliance on mobile apps, combined with those apps being native to a particular proprietary mobile platform, raises the cost of creating apps for each platform, the cost for users switching between platforms, and thereby limits platform competition

•    The web app environment enables developers to create websites with advanced features that can be installed on a mobile device with an icon similar to existing apps. Developers can create one web app for all platforms – consumers can easily move between platforms the way they switch browsers today – and new platforms can enter and compete on more of an even ground.

More in this category: « Sony stays solid on smartphones, watches and 5G Apple predicts huge demand for next iPhone – well it would have to wouldn’t it »
BACK TO HOME PAGE
back to top