Aussie wearables market will be worth $1 billion by 2018 Featured 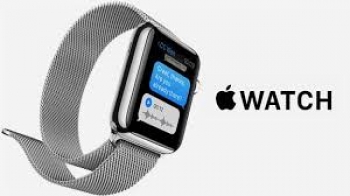 The wearables market in Australia is still in its infancy, but the release of the Apple watch in April, and innovation from other players in the market, is expected to drive up revenues to $1 billion by 2018.

According to market analyst firm Frost & Sullivan, the Aussie wearables market is still in its inception stage, but with the Apple Watch “igniting” interest in wearables, and accelerating sales of wearable devices, this will spur greater innovation from other players in the industry and drive new partnerships amongst vendors and distributors.

Audrey William, Head of ICT Research, Frost & Sullivan Australia & New Zealand, says this growth will be contributed to by a combination of factors, including innovation from local startups, high levels of activity in mergers and acquisitions and competition amongst global players such as Google and Apple “as each attempt to dominate the market for the Internet of Things (IoT) in Australia”.

According to Williams, Australian culture places an emphasis on fitness and sport, and as such, consumer wearables such as FitBit, JawBone and other health and fitness trackers are immensely popular.

He said that in 2014, the consumer wearables segment accounted for 99% of total wearables revenues and predicts that demand for these products is likely to increase even more over the next five years, with the consumer segment expected to account for a substantial part of overall revenues over the forecast period.

Williams says there has been minimal use of wearable technology for business applications.

“In the enterprise (business) segment, most wearable technologies are currently at the prototype stage. However, Frost & Sullivan expects significant enterprise adoption of wearable technology from around 2017 as several companies, especially in the Mining and Oil & Gas industries are already looking to trial wearable products.“

Frost & Sullivan says that he advances and innovations in software will allow businesses to harness and leverage wearable technologies beyond the current capability of
wearable devices.

“Some of these companies include Catapult Sports, Ollo Wearables, Smash Wearables, Wearable Experiments and MJ Bale, and they offer fresh innovation and expansion options via acquisitions for the bigger, established players in the market. Frost & Sullivan expects mergers and acquisitions and cross industry collaboration to be a key feature to drive the next level of innovation in the wearable technologies market.”

And, according to Shim, eventually, competition will intensify as market players vie for dominance within the Internet of Things arena.

“Key players are likely to be Apple, Google and Samsung. These vendors don’t just contend within the wearables market, but are building a larger ecosystem of products and services across home automation, home entertainment, home security, glass, wristbands and heads unit displays, as well as an ecosystem of products across mobile devices and home appliances.”

Shim says, however, that wearable technology is not devoid of issues and obstacles, with key challenges to mass adoption include technical impediments such as battery life, miniaturisation of embedded sensors, wearable data management and interoperability and compatibility among competing vendors and platforms.

According to Shim, a major restraint in the growth of the Internet of Things and the use of wearable technologies will be security and, as a consequence, Frost & Sullivan expects significant investments will be made toward security enhancements which will result in an increase of product take-up and growth in the overall wearables market.

More in this category: « Shift to digital fuels increases in mobile advertising spending Apple’s Jony Ive promoted to ‘Chief Design Officer’ »
Share News tips for the iTWire Journalists? Your tip will be anonymous