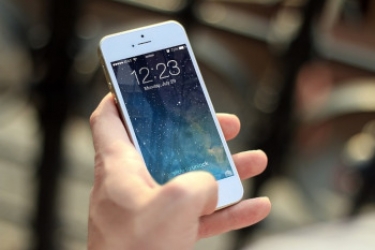 Nearly half of Australian kids aged 6-13 years of age own or use a mobile phone, according to new research.

New analysis of Roy Morgan Research data from the Australian Communication and Media Authority (ACMA) shows that in 2018, 32%  of kids owned a mobile phone - with a further 16% having access to one.

And one in four kids aged 6-7 had or used a mobile phone.

“This research shows that Australian kids are becoming increasingly digital.

“Australia is becoming a more connected society and that trend is being driven by an increase in mobile devices, even amongst our children.

“This type of information helps us plan for the future, as a regulator it is important for us to keep pace with changes to the industry.”

The research shows that, as in previous years, girls led the way in terms of mobile phone access with 50% of Australian girls aged 6-13 owning or having access to a mobile phone in 2018 compared to 46% of boys.

The research has been published on the ACMA website in the Kids and mobiles: How Australian children are using mobile phones report , and is based on data from Roy Morgan’s Young Australians Survey, and compiled under the research acma program. 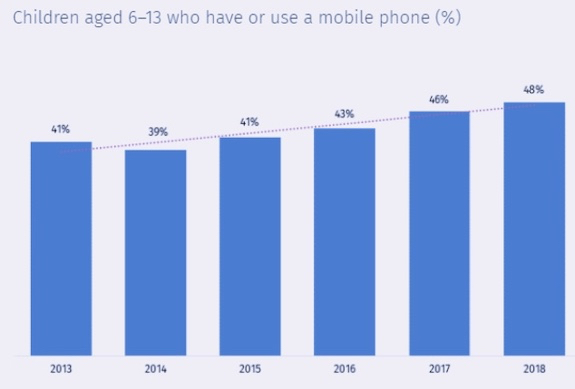 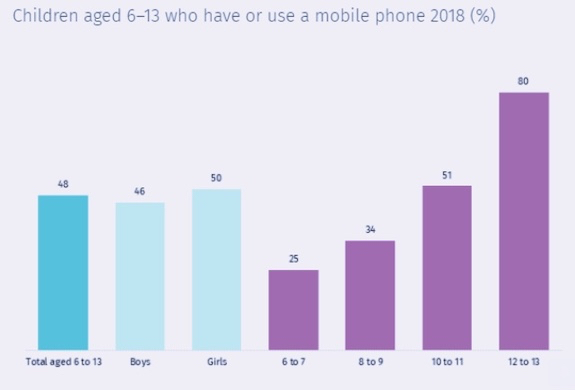 More in this category: « Why I reluctantly returned my AirPods Pro for a full refund Creative goes for gold with new Outlier Gold »
back to top