As Huawei smartphones lose share in China, vivo quietly goes to the top 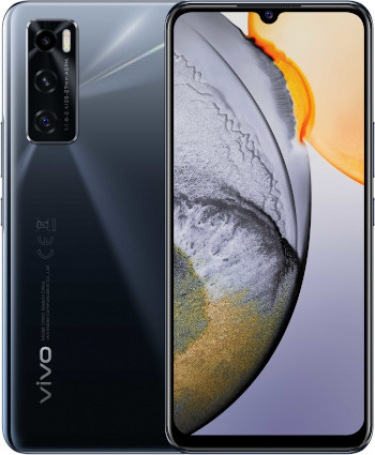 Chinese smartphone maker Xiaomi may have grabbed the international headlines, but another brand, vivo, owned by giant BBK Electronics, has quietly moved up to take the top spot in the Chinese market, the technology analyst company Counterpoint Research says.

In comparison, OPPO, which has the same owner as vivo, had 21% of market share, followed by Xiaomi at 17%, both in the second quarter of 2021. These brands have gained market share as Huawei has fallen away after American sanctions prevented it from obtaining the latest semiconductors and also the commercial version of Android for use in its smartphones.

Lam attributed part of vivo's rise to the supply chain management by BBK which had ensured a steady supply of chipsets from Qualcomm, MediaTek and UNISOC for manufacturing its phones.

He also pointed to the launch of vivo's S series — which sells for prices ranging from 2000 to 3500 yuan (A$427 to A$747) — as having allowed the company the freedom to focus on its X series, a more expensive line, while the Y series was aimed at the lower levels, selling for less than 1999 yuan. 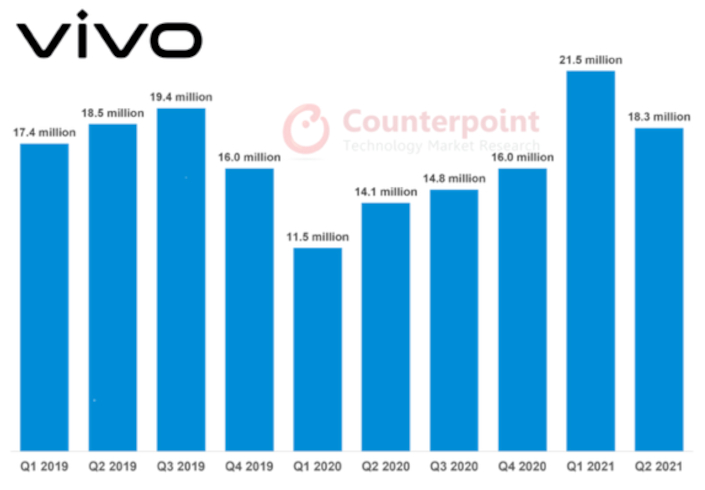 "This clear categorisation of smartphones has helped vivo’s performance in 2021," Lam said. "While retaining about 50% share in the 1999 yuan and below segment with its Y series, vivo has managed to make a breakthrough with the S series and increased visibility in the 3500 yuan and above segment with the X60 series.

"Other major Chinese brands have been aiming to have such product categorisation and increase their ASPs (average selling prices), but their efforts in this direction are yet to see big results."

With Huawei's woes having given OPPO and vivo the chance to grab more than 70% share together in China's offline channels, Lam said vivo had also undertaken a reorganisation of its offline channel partners.

"The rising e-commerce sector has been hugely impacting both brands and offline channels," he pointed out. "However, due to different levels of development in Chinese cities, there is still a big offline market. vivo has invested considerable resources in the offline segment, including in trade marketing, promoters, ATL and BTL synergy, and margin schemes." 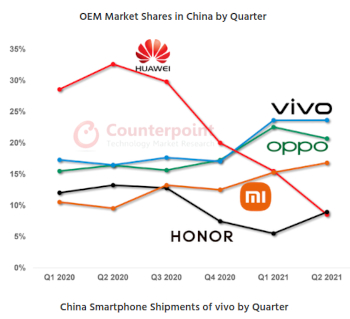 Another BBK brand, iQOO, launched in 2019, is still listed on vivo's website as one of its models even though it operates as an independent brand and focuses on the online segment, taking aim at those born after 1995.

"iQOO has been the sponsor for ‘Honor of Kings – KPL’, an e-sport competition, since 2019," said Lam. "As the hottest smartphone e-sport competition in China, it has been attracting millions of viewers every season. In fact, the vivo family (vivo and iQOO) has been its sponsor since the beginning of this game back in 2016."

He said the competition in the Chinese smartphone market would only intensify now that Honor, formerly Huawei's budget line, which was sold to Shenzhen Zhixin New Information Technology, a new company formed by 30 dealers and agents, was beginning to ramp up its sales.

The Honor Magic 3 series was aimed at taking the share occupied by Huawei's P and Mate series, but high prices were holding it back.

"To Chinese consumers, a smartphone above 4000 yuan is a segment reserved for a few, like Apple’s iPhone, Samsung’s S and Note series, and Huawei’s Mate and P series," Lam noted.

"This is because these brands have invested a lot over the years in promoting their flagship models as high-end phones with cutting-edge technology and innovation.

"As we know, vivo has a series called NEX which is high on innovation, just like Xiaomi’s Mix series. Maybe vivo can use this series to target the high-end segment."

Lam expected that the tussle for sales among vivo, OPPO, Xiaomi, Honor, Apple and Samsung would heat up in the quarters ahead.

More in this category: « Fitbit launches Charge 5, does deal with Will Smith Smartwatch shipments shake off COVID impact, rise by 27% in 2Q »
Share News tips for the iTWire Journalists? Your tip will be anonymous