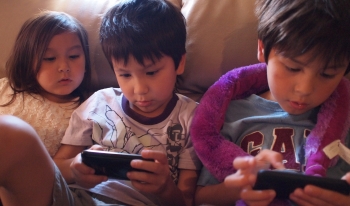 Apple has suffered a massive legal defeat in the US, being forced to refund US$32.5 million ($36.5 million) to American parents whose children racked up huge bills from in-app purchases.

The Cupertino-based tech giant is at the receiving end of a settlement brokered by the US watchdog Federal Trade Commission (FTC), which said Apple's billing practices were unfair.

Tens of thousands of US parents complained to the FTC saying Apple hadn't made it clear enough how to prevent children from making in-app purchases and the watchdog agreed, saying in a statement that the company hadn't made it clear how the parental controls on devices limited the spending of money in apps.

A parent for example could authorize a child's in-app purchase but then for the next 15 minutes further purchases could be made without parental intervention, meaning that hundreds of dollars could be spent without anyone realising.

Apple chief Tim Cook wasn't happy with the outcome, judging by an email he sent to employees yesterday.

"It doesn't feel right for the FTC to sue over a case that had already been settled," Cook said.

"To us, it smacked of double jeopardy. However, the consent decree the FTC proposed does not require us to do anything we weren't already going to do, so we decided to accept it rather than take on a long and distracting legal fight."

The FTC, on the other hand, was proud of the decision.

"This settlement is a victory for consumers harmed by Apple’s unfair billing, and a signal to the business community: whether you’re doing business in the mobile arena or the mall down the street, fundamental consumer protections apply,” Edith Ramirez, chairwoman for the FTC, said today in a statement.

"You cannot charge consumers for purchases they did not authorize."

The settlement means Apple will provide full refunds to customers for charges ranging from 99 cent purchases to $99.99 in-app payments, and the company will also change its billing and notification policies to better inform parents of when and how their accounts can be charged for in-app transactions.

Australian customers are not affected but Aussie watchdog ACCC issued a warning on 'free' apps back in December, with over three quarters of surveyed apps failing to warn users that in-app purchases would be required.

“Once you’re playing, many games make it clear that you can get ahead or avoid getting bogged down if you shell out for in-app purchases. Children exposed to this won’t always connect a tap on the screen in the heat of the action with spending their parents’ money in the real world,” ACCC deputy chair Delia Rickard said in December.

Fairfax reported the watchdog welcomed the latest outcome in the US, saying it strengthened "the growing global consensus on the need to address concerns about in-app purchases".

"The issue of in-app purchases, particularly in games used by children, is an area of concern for the ACCC," the watchdog said in a statement.