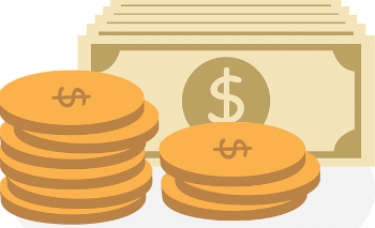 Image by Memed_Nurrohmad from Pixabay

Apple appears to have given up some of its profit margin due to competition from rivals judging from a teardown of the top-end iPhone 13 Max Pro, the Japanese news agency Nikkei says, following an exercise it undertook along with the Financial Times.

Nikkei Asia reported that the teardown, carried out by specialist Fomalhaut Techno Solutions, found that the component cost was 2½ times more than a decade ago, much more than the 60% rise in the price of the device itself. The overall cost was put at US$438 or 36.5% of its RRP.

The camera cost went by a factor of 10, while the semiconductors cost three times as much, the report said, adding that the use of recycled materials had increased.

The display used for the iPhone 13 Max Pro was Samsung's OLED which cost about US$105, making it more expensive than any other single part. It was covered with ceramic shield glass from Corning to protect against shocks.

The three cameras — telephoto, wide-angle and super-wide angle — cost US$77, with the size and price of modules both having increased. The image sensors came from Sony.

Technology had been incorporated to move the image sensor in the wide-angle camera, making bigger, but making it shock-resistant. The sensor was moved by using a magnet and a coil and passing current through the coil.

Augmented reality was managed through a LiDAR sensor, first introduced in the iPhone 12 Pro line. It helps find out the distance between an object and its shape and also to take photos in the dark.

The report said the mainboard was small, taking up about 15% of the available space. Kioxia's flash memory was used for storage.

The SoC, Apple's own A15 Bionic, was made using a 5nm process and cost US$45, a tenth of the total cost of the phone. The 5G modem chip was made by Qualcomm.

The battery, which was 20% bigger than the previous device in this line, was made by China's Sunwoda Electronic.

The report said separating the body from the display was the most difficult part of the teardown, with the two parts fixed together much more firmly than in earlier models.

This made repair more difficult as opening the device required picks, a suction cup and a heat gun or pad. The report quoted Zach Nelson, who tears apart iPhones on his Youtube channel JerryRigEverything, as saying: "“The most anti-consumer slap in the face” Apple introduced was in the iPhone 5 in which the rear glass was permanently fastened to the phone.

The iPhone 13 Pro is claimed to be the first device to use 100% recycled gold on the mainboard. The profit margin remained high due to the power of Apple's brand, with the cost to RRP ratio being 36.5 for the Pro Max 256Gb model.

"The cost of iPhone components has gone up sharply over the past 10 years. When the 4s came out a decade ago, the total cost of its parts was equal to roughly 23% of the device’s US$749 price tag," Nikkei Asia said.

"By comparison, the latest flagship model is priced at US$1199 - and the component cost ratio has risen to 36% to 40%. This reflects Apple's strategy of using the latest, most advanced components in its premium devices. For example, the total cost of camera parts for the 13 Pro Max is more than 10 times that of the iPhone 4."

More in this category: « 4G smartphone phone Jio Next aims to push 2G devices out of India Apple keeps lead as US smartphone market recovers in 3Q »
Share News tips for the iTWire Journalists? Your tip will be anonymous