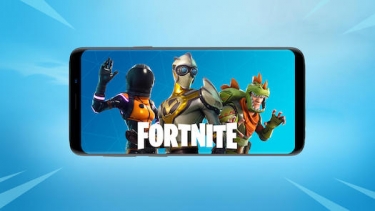 The war between Apple and Epic Games is heating up with Apple now stating it will remove Epic Game’s developer account, which not only affects Fortnite but the Unreal Engine too.

Last Friday Apple removed the popular multiplayer game Fortnite from the iOS App Store. Apple took this move because Epic Games released an update to the game that encouraged and incentivised players to buy their in-game currency, V-Bucks, directly from Epic Games and not use the in-app purchasing method which gives Apple a 30% cut.

This contravenes Apple’s guidelines for its store, and thus the game was terminated on the platform. Epic Games responded almost immediately with a clearly pre-prepared lawsuit directly aimed at opening up the iOS ecosystem to allow software vendors to publish their own storefronts with their own payment options, arguing Apple is anti-competitive.

While Apple was first it was not alone. Within hours Google had similarly removed Fortnite from the Android Google Play store for the precise same reason and Epic Games expanded its lawsuit to include Google too.

It seems Apple has not taken kindly to Epic's approach and, according to Epic Games, advised the developer it would terminate their Apple developer account and access to all Apple and iOS development tools and resources on August 28th.

What's particularly significant about this is not only can Epic Games not continue developing its now-unpublished Fortnite game on iOS but will be unable to continue developing any product at all. Most importantly, this means the Unreal Engine, Epic’s game engine that competes with the likes of Unity and others, and on which other game developers can build their products.

This news is sure to upset software houses and small independent developers who have created their own titles using the Unreal Engine paying a fee to both Apple for selling on its store, and to Epic for licensing the engine. If Epic Games loses its developer account the Unreal Engine becomes abandonware on iOS and any titles developed using it no longer receive support or updates.

It might not get to this point. Epic Games has filed a court order to stop Apple taking this action on this basis:

The Sherman Act is a piece of United States legislation to protect trade and commerce against unlawful restraints and monopolies. It was passed in 1890 and is named for Senator John Sherman, its principal author.

Epic's claim is the lack of any other means to distribute software on iOS platforms except through the App Store, controlled by Apple, is a violation of this act, and is anti-competitive.

It's certainly a battle royale of epic proportions. Time will tell if consumers rise as victors or only the lawyers.