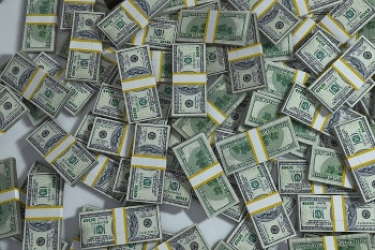 Apple has opened up a possible new revenue stream that could be as much as US$60 billion (A$77.6 billion) through its new privacy narrative, a main part of which is its ad-tracking technology that in the iOS 14.5 update, technology analyst outfit Counterpoint Research claims.

Research director Neil Shah said in a blog post that advertising was the peak business model and every technology firm was trying to get into the game. "User data is the key to understanding and retaining users, improving and cross-selling offerings, and serving targeted ads," he wrote.

"Alphabet (Google), Facebook, Tencent, Microsoft, Amazon and Apple all see great value in advertising as a top-line and bottom-line driver. The fight for eyeballs or clicks is fiercer than ever."

Apple introduced features in the 14.5 update which allow users to opt out of allowing apps to track them across websites, a major avenue for companies like Facebook to collect comprehensive datasets on users.

As iTWire reported, this change appears to have had a big effect, with an 87% opt-out rate witnessed over the first fortnight after the changes were released.

Shah said Microsoft and Amazon were monetising data indirectly via cloud, training AI engines and servicing ads within their platforms (like Bing/Windows and Amazon Marketplace), while Alibaba (commerce), Tencent (communication) and Baidu (search) had full control over the billion-user China market.

Aspiring players such as Uber, Xiaomi and Jio Platforms also aimed to leverage user data of hundreds of millions of users to boost their top-line by cross-selling or serving ads.

Shah pointed out that Apple now had close to a billion iPhone users and until now both Google and Facebook had been able to count on advertising revenue from monetising these users' data. But that free ride had come to an end.

"...Apple over a couple of years has been building a strong 'privacy-centric' narrative in a bid to protect the user data from these third-party ad platforms or applications such as Facebook," Shah said.

"As a first step, Apple killed Identifier for Advertisers last year with its iOS 14, crippling the advertisers in tracking users. In its next move, Apple rolled out the App Tracking Transparency privacy policy with the recent iOS 14.5 update, limiting third-party mobile ad platforms’ ability to track and collect user data by demanding an opt-in from the user to allow tracking."

Alongside these initiatives, Apple had stepped up its own advertising platform to gain full control over its user base and the opportunity for monetisation.

"This is a clever move by Apple to expand its monetisation opportunity which is significant. Apple is not leaving money on the table," Shah claimed.

"While the third-party ad platforms might see this power move as unfair and anti-competitive, Apple has leverage here along with a very compelling privacy narrative to convince its user base and the industry that it is a 'more trustworthy and less evil option' compared to Facebook, Google or other ad platforms."

Due to this, he said, the next ads visible on the iOS platform were more likely to be pushed by Apple, based on the data, now mostly exclusive, that it was collected from iOS devices.

Given that iOS users are generally the wealthier tier of the market, Shah said marketers would be willing to pay high prices for access to this user base.

"This will further boost its overall ad revenues. Apple already has growing revenues from its App store and browser search," Shah noted.

"This can even surpass App Store revenues in the next few years, in addition to the other growing revenue opportunities Apple can capitalise on.

"It would be a bold move if Apple offers a more transparent 'opt-in' to its users for its own advertising platform as well, to remain fair and true to its privacy stance."

However he said there was a downside in that other ecosystems could adopt a similar model to keep out third-party platforms.

"Google still controls the lion’s share of ad revenues via its platform and also has a side-deal with Apple, paying the Cupertino giant billions of dollars in return for search ad revenues from the Apple platform," Shah said.

"If Google takes a leaf out of Apple’s playbook here, it would be more than happy to keep all the ad revenues generated from Android for itself. Google has already been tightening up privacy and ad personalisation, and moving towards taking more control of the advertising on its platform.

"This could be the death knell for the likes of Facebook and other platforms, kick-starting a duopoly."

While not at anything like the same scale, Shah said it would be interesting to see how fast the Huawei ecosystem built around Harmony OS, Huawei Mobile Services and 1+8+N strategy could grow "and, if at all, provide some opportunity for other third-party ad platforms, or keep [the revenue gains] for itself like Apple".

He said the same trend, if it held, could extend to other market segments where advertising could really thrive, like XR, PCs or autonomous vehicles.

"Fortunately for Facebook, it has cornered almost half of the XR landscape with its Oculus portfolio. But with Apple’s entry, the dynamics could shift swiftly," he cautioned.

More in this category: « 5G take-up in US much faster than earlier technologies: Counterpoint Google's Project Starline - be amazed, really amazed »
Share News tips for the iTWire Journalists? Your tip will be anonymous