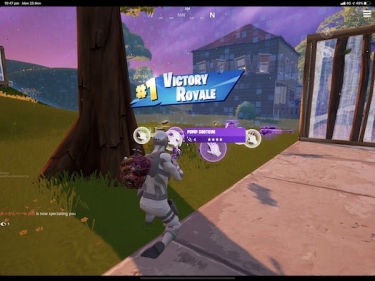 An epic battle is shaping up over the fees mobile store owners charge developers. Fortnite developer Epic Games isn’t happy about giving a 30% cut of the millions it makes weekly through these stores.

PC gamers never had this problem, with a myriad of ways to source an app or game. However, for mobile and tablet users the vendor’s store is the primary conduit for new software, and especially for Apple’s iPhone and iPad ecosystem where there are no other sanctioned options. Google’s Android users have the opportunity to sideload apps but iOS users can only do so if they go the jailbreaking route which violates warranties.

These mobile stores charge a cut for their services, with all up-front purchases, in-app purchases and recurring subscription revenues going through Apple and Google’s wallet first, before remitting funds to the developer.

Epic Games, best known for its Unreal Engine and the massive money-making success, Fortnite, makes millions of dollars weekly but has made no secret of its resentment in giving 30% of its mobile earnings to the storefronts.

On the one hand, Apple incurs costs in distributing reliable software downloads and updates to millions and millions of users. It spends $US 30m monthly on AWS hosting fees alone. On the other, Epic Games argues it brings a huge amount of money to Apple and ought to be cut a special deal. Rumours are Apple has done this in the past to bring Amazon Video to its platform.

For the longest time, Epic resisted making Fortnite available in the Google Play Store, instead providing instructions for Android users how to download and install the .apk binary. For Apple, without sideloading, Epic had little choice except to live with it … until now.

Yesterday Epic Games announced a discount on the in-game V-Buck currency to people who bought it outside of Apple’s ecosystem. A new patch to the game displayed a notice to players that if they purchased V-Bucks via in-app purchase it would cost one price, and a lower price if they exited and purchased directly from Epic Games online.

Apple promptly responded by pulling Fortnite from the store, citing a violation of its store policies in bypassing Apple’s own payment systems. That’s right; one of the world’s most popular games is now unavailable to new players across the entire iOS platform. Existing users are unaffected for now, but will not receive updates.

Epic Games has responded by suing Apple. Yet, they don't appear blindsided by Apple's actions. In fact, within 90 minutes of Apple pulling Fortnite, Epic had lodged a 65-page lawsuit and uploaded an animated 1984-style ad declaring war on Apple’s storefront fees. Unless Epic has the resources to whip these items up in that time the only logical conclusion is Epic expected Apple’s response and had prepared for it.

What will happen from here? Epic Games is wanting the storefronts to reduce its fees, at least for the big money-spinners, if not the little guys too, but will Apple stand firm and see Fortnite fade into obscurity?

More in this category: Microsoft to abandon Skype on Windows 8 Phone, RT and TV »
Share News tips for the iTWire Journalists? Your tip will be anonymous