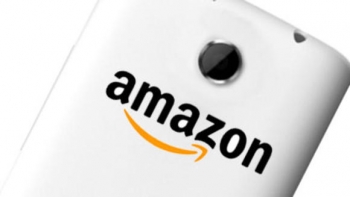 Online shopping giant Amazon is set to make one of its riskiest steps yet, entering the highly contentious and low-profit smartphone arena.

Newspaper reports are suggesting the Jeff Bezos-run company is set to take on Apple, Samsung and Google with a smartphone of its own, set to launch in July this year.

The Wall Street Journal, citing people briefed on the plans, said the company has recently been demonstrating versions of the handset to developers in San Francisco and Seattle.

The reports said Amazon is expected to announce a 3D smartphone which will be capable of displaying 3D images without a need of 3D glasses - though 3D as a consumer technology has been described as "dead" by analysts, with Foxtel removing its 3D channels almost a year ago.

The newspaper also said Amazon plans on announcing the device in June and ship to stores around the end of September.

Ever since Amazon entered the tablet and e-reader markets it's been rumoured it would too join the smartphone fray, though the market is extremely competitive with Samsung and Apple controlling 49% of worldwide market share between them.

The Journal said the design and pricing of the smartphone are "unclear" and said its sources cautioned that Amazon may alter its launch plans due to performance or other concerns.

As we reported last week, Amazon also recently introduced a device called ‘Dash’ for users to shop with AmazonFresh, a service which allows customers to have the household’s and groceries to be delivered by the next morning. service.

Service is limited however to Seattle, San Francisco and Southern California, though Amazon said it will be expanding to other cities and countries.