amaysim makes a return to profit in first half of FY20 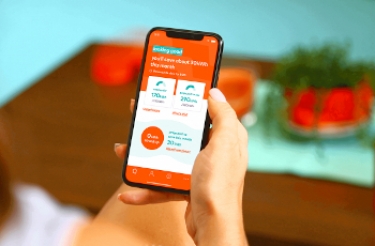 Mobile virtual network operator amaysim has reported a return to profit in the second half of the 2019-20 year, with the company reporting $3.7 million net profit after tax, compared to a loss of $4.8 million in the corresponding period a year ago.

It also reported a growth of mobile subscribers, both through its own marketing and through an acquisition, taking the total number to 706,000 recurring subscribers and a total of 1.05 million.

However, amaysim said net revenue, at $244.4 million, was down 7.1% on the corresponding period a year ago, due to lower average revenue per user in both its mobile and energy business units.

There was a bigger fall in earnings before interest, taxes, depreciation and amortisation, with the figure for the six months being $24 million, down 17.9% year-on-year. The reason advanced for this was increased spending on marketing which decreased mobile income while energy income remained at the same level of $18.7 million as in the corresponding six-month period in 2018-19.

Chief executive and managing director Peter O'Connell said the results showed that the company had made progress in its bid to be Australia's leading subscription utilities provider.

"Increased investment in mobile marketing initiatives has delivered exceptional subscriber growth during the period. Our plans in market are the most competitive they have ever been, enabled by our revitalised network supply agreement with Optus, signed in May 2019," he said.

"The agreement continues to underpin our mobile business and enables us to be more agile and competitive when it comes to launching and developing new customer offers."

O'Connell said regulatory changes were continuing to affect the energy business. "We continue to monitor and manage our margin amid this new regulatory environment. Given the uncertainty, we held back
some marketing investment in energy until we have regulatory stability and therefore more visibility on the impact to our business. Despite the pressure, we are pleased with the performance of the energy business in this half.

More in this category: « Apple may open up mobile devices to other browsers: report realme launches flagship 5G model but not for Australia »
BACK TO HOME PAGE
back to top