Optus to phase out Virgin Mobile, 200 jobs to go Featured 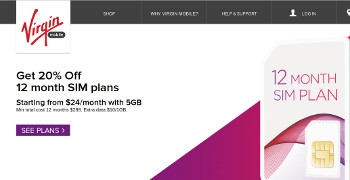 Australia's second biggest telco Optus will phase out its Virgin Mobile subsidiary within the next two years, putting 200 jobs at risk.

But the company said in response to a query from iTWire that Virgin Mobile Australia employees would be considered for vacancies in Optus-owned stores.

They would "also be invited to explore opportunities within our group of companies", a spokesperson said.

Rumours of the phasing out of Virgin Mobile were floating around in April, but at that time when an inquiry was made, Optus said it was unwilling to comment on what it characterised as "rumour and speculation".

iTWire understands that Optus plans to consolidate the Virgin Mobile sales and marketing under its own brand. Customers of Virgin Mobile will be contacted individually to offer them options.

The spokesperson said: "Virgin Mobile customers can continue to use their service in the same way they always have. We will be contacting them in the coming days to let them know more about the changes and their future options.

"For Virgin Mobile employees, our policy is always to talk to those who may be impacted by these changes first. Any potential options for redeployment within the wider Optus business will be discussed with affected individuals at that time."

Founded by Sir Richard Branson in 2000, Virgin Mobile Australia became a wholly-owned subsidiary of Optus in 2006.

Maintaining its own brand, it offers post-paid mobile and mobile broadband services to about a million Australians.

More in this category: « Court rules Telstra's 'unlimited' ads are misleading Aloki mobile app connects students with tutors »
BACK TO HOME PAGE
back to top