AT&T backs out of deal with Huawei: report Featured 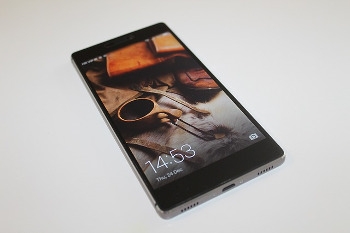 American telecommunications giant AT&T has reportedly backed out of a deal to offer Huawei smartphones on its plans.

The Wall Street Journal cited "people familiar with the matter" in a report where it said Huawei had been expected to announce the deal at the annual Consumer Electronics Show in Las Vegas on Tuesday.

Had the deal been announced, it would have been Huawei's first with a major US mobile vendor. Though it is the third-ranked mobile brand globally — behind Samsung and Apple — Huawei has been more or less blocked from the US market.

In Australia, nearly six years ago, Huawei was denied any role in supplying equipment to the country's national broadband network project, following advice by ASIS, one of the spy agencies.

Last year, Australia put pressure on the Solomon Islands to drop Huawei as the main contractor for an undersea cable project.

The WSJ report said that there was no clear indication as to why AT&T had changed its plans, with the company unwilling to make any comment. When Huawei was asked about it, a spokesman only said, "Huawei has proven itself by delivering premium devices with integrity globally and in the US market."

Smartphones made by Huawei are available in the US from online retailers and some stores, but no big mobile carrier offers the devices on plans.

More in this category: « Chinese forum post indicates Microsoft working on Surface Phone Global mobile money transfers on the rise: Juniper »
Share News tips for the iTWire Journalists? Your tip will be anonymous