Refurbished Note7 to go on sale on 7 July 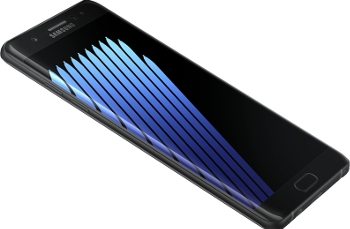 Samsung has plans to release refurbished versions of the Galaxy Note7 in July. The company had to pull it off the shelves last year due to the propensity of the device to explode.

Industry sources told the South Korean news service Yonhap that the refurbished device would be known as the Galaxy Note FE and cost less than 700,000 won (about US$616).

It is expected to go on sale on 7 July.

The Note7 was initially released in August last year. A month later, reports of exploding devices and resultant fires started to pour in.

The company then replaced some of the stock but when even these were reported to have similar defects, production was halted on 11 October.

An investigation into the incidents revealed the Note7 issues were caused first by a battery from one supplier (Samsung SDI) that was too large for its casing and a manufacturing flaw in the line of batteries (made by Amperex, a second supplier) when production was ramped up to replace the first set of phones that blew up.

Yonhap said the refurbished devices would have a smaller battery capacity than the originals, and also include latest software updates.

It said: "Samsung has been planning to release the Note FE amid criticism that to totally discard all the existing phones it bought back from consumers or did not sell could adversely impact the environment."

More in this category: « Nokia is back down under – Nokia 3, 5, and 6 smartphones (first look) Motorola wants to radically reshape the Australian smartphone market »
Share News tips for the iTWire Journalists? Your tip will be anonymous