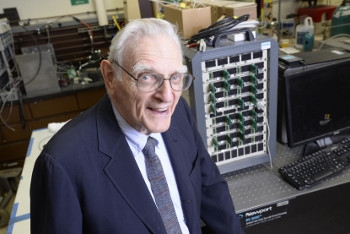 The inventor of a new all-solid-state battery believes that it can be brought to market in three years.

Lithium-ion battery co-inventor John Goodenough said, in response to a query on the American technology news aggregation website Slashdot, that the best way to respond to critics of his March announcement about the new battery was by "the concepts in individual coin cells. We do not do the development work".

Goodenough and fellow researcher Maria Helena Braga (below, right) of the University of Texas made their announcement about what they said were the first all-solid-state battery cells at the end of February.

Despite Goodenough's status in the field, some doubts were raised about his new invention; he batted away these critics with a detailed explanation.

In the Slashdot interview, where questions were put to him by readers, Goodenough said he did not envision any problems with scale-up.

"Although we have demonstrated with coin cells and a jelly-roll cell how to make novel cathodes, we have not optimised the cathode capacity, voltage, and discharge/charge rates," he said. "The anode problem is solved, but battery manufacturers will need to work with Li or Na anodes, which means dry-room assembly."

When it was pointed out that there was some confusion about whether his invention had the same, or different, material on both electrodes, Goodenough said: "We have made zero-voltage symmetric cells Li/Li+-glass/Li that are still cycling after more than 2000 cycles at 3 mA/cm2.

"The key to the concept of a battery voltage that takes metallic lithium from the anode and plates it on the cathode is that a thin lithium (order of a micron thick) current collector is plated on a copper (or other) cathode lithium having a chemical potential over 3.5 V below that of metallic."

Given the recent battery fires experience by the Samsung Galaxy Note7, which led to production of the device being stopped, one reader asked Goodenough to speculate on the reasons behind the increasing frequency of Li-ion battery fires.

He responded that the origin of such fires was the flammable organic-liquid electrolyte and the graphite anode.

"If the battery is charged too rapidly, metallic lithium is plated on the graphite, and lithium does not wet or is not wet by the electrolyte. As a result, on repeated charging, lithium dendrites (whiskers) form and grow across the liquid electrolyte to the cathode and create a short-circuit, which heats the battery and ignites the electrolyte. If the battery manufacturer does not incorporate a control of the rate of charge, fires follow," he added. 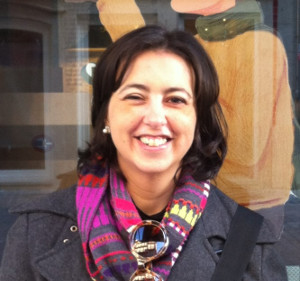 Answering a related query, Goodenough said present-day lithium-ion batteries had many drawbacks because they used a flammable liquid electrolyte with a small window for a stable voltage range.

"We have a non-flammable solid electrolyte with a comparable cation conductivity and a large energy window to allow plating a lithium anode dendrite free; a lithium anode is still cycling after more than 2000 charge/discharge cycles and it is not oxidised by the cathode up to a 5 V discharge," he said.

When asked what material had been used for the cathode in the new battery as the questioner was in doubt, Goodenough said he and Braga had demonstrated two approaches.

"We have demonstrated two approaches to the cathode of a rechargeable battery: plating of the alkali-metal anode onto a cathode current collector of lower chemical potential to a limited thickness over a large surface area and a conventional high-voltage insertion compound with a plasticiser contacting the cathode. Both work," he replied.

Regarding the drawbacks of using sodium against lithium, Goodenough said sodium was cheaper than lithium and widely available from the ocean.

He said the principal drawbacks were a loss of 0.3 volts relative to lithium, fewer cathode materials that could serve as traditional insertion compounds, and a somewhat greater difficulty to handle in a manufacturing process.

"However, we have demonstrated a new battery strategy that promises to allow sodium batteries to enter the market competitively," he added.

More in this category: « Victoria to fix mobile blackspots along rail lines Kogan seeks to lure ‘data heavy’ mobile users with latest plans »
Share News tips for the iTWire Journalists? Your tip will be anonymous